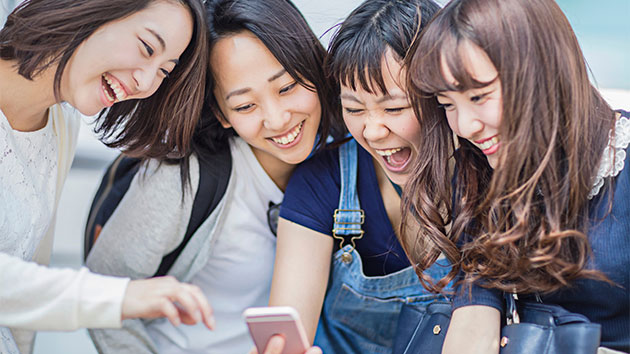 xavierarnau/iStock(NEW YORK) — Teenagers in the United States are spending vast amounts of their days using screens as a form of leisure and entertainment, according to a new report.Teens spend an average of seven hours and 22 minutes on their phones a day, and tweens — ages 8 to 12 — are not far behind, at four hours and 44 minutes daily, according to a new report by Common Sense Media, a nonprofit that promotes safe technology and media for children.This amount of screen time does not included time spent on schoolwork, according to the report. When figuring in activities such as reading books and listening to music, the numbers jumped to nine hours and 49 minutes for teens and five hours and 54 minutes for teens.However, 32% of teens said they read for pleasure less than once a month, if at all.The report also found that online video viewing is “through the roof,” as more than twice as many young people are watching videos every day than in 2015. The percentage of teens who said they spend time watching online videos jumped from 34% to 69%, and the number of tweens who reported watching online videos rose from 24% to 56% in that same time frame.The majority of young people seem to be getting smartphones much earlier as well. By age 11, 53% of kids have their own smartphone, and by age 12, 69% of them do — an increase from 41% in 2015.Despite the capabilities of today’s digital devices, young people are spending little time creating their own content, the report found. Their screen use tends to be dominated by watching videos and television shows, playing games and using social media.The use of the devices for reading, writing, video chatting or creating content “remains minimal,” with no more than 1 in 10 of teens and tweens saying they enjoy things like making digital art and graphics, creating digital music, coding or designing or modifying their own video games.And young people — and their parents — may be unaware of the amount of screen time they’re actually putting in, as just 15% of tweens and 12% of teens said they use an app or tool to track their own device time.The report surveyed more than 1,600 people ages 8 to 18 about their screen use and relationship with media. It covered their enjoyment of various types of media activities, how frequently they engaged in them and how much time they spent doing so.Copyright © 2019, ABC Audio. All rights reserved.