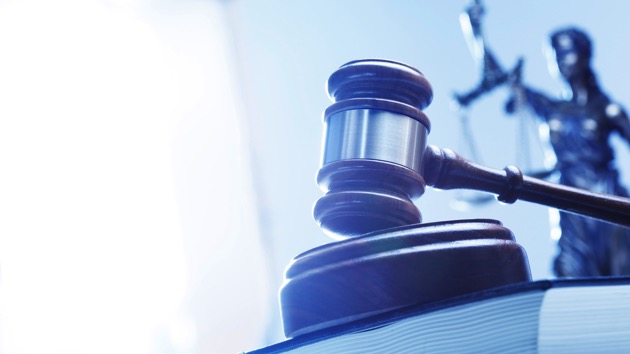 DNY59/iStock(SANTA CLARA, Calif.) — Christine Blasey Ford made a rare public appearance Wednesday to accept an empowerment award and spoke about who empowered her to testify before Congress last year after accusing then-Supreme Court nominee Brett Kavanaugh of sexual assault when they were teenagers.”It’s funny, I was inspired by Anita Hill when I was deciding whether to testify, but it didn’t occur to me at the time that I would be inspiring anyone else,” Ford said of Hill, a law professor who testified at Supreme Court Justice Clarence Thomas’s confirmation hearings in 1991 after accusing him of sexual harassment.Both Thomas and Kavanaugh denied the allegations made against them.”I was focused on telling the U.S. Senate what had happened to me,” Ford said of the testimony she gave before the U.S. Senate in September 2018. “I simply thought that it was my duty as a citizen and that anyone in my position would do the same thing.”Ford accepted the Empowerment Award from the Silicon Valley chapter of the YWCA in front of more than 1,400 people at a luncheon in Santa Clara, Calif.The California-based professor said in her remarks Wednesday that one of her sons accompanied her to the luncheon. She referenced the fact that her family had to move out of their home due to harassment and threats amid the divisive Kavanaugh hearings while thanking the YWCA for their work to “support survivors of sexual violence.”

This is it! The 2019 Inspire Luncheon is kicking off. We are so excited to welcome more than 1,400 guest, inspirational speakers, and talented performers. pic.twitter.com/isB3gcGyxD

“There are many, many people who aren’t as lucky as I am. When my family was forced out of our home last year, we had resources and we had friends who made sure that we had a safe places to go and stay,” Ford said. “So many women do not. So many women don’t have the privilege that my professional position afforded me. It is much harder for them to speak up.”Multiple GoFundMe pages raised more than $700,000 collectively for Ford and her family in the weeks after her testimony. She closed one page that had raised more than $600,000 last November and said that money leftover after “completion of security expenditures” would be donated to organizations that support trauma survivors.

YWCA is honored to present the 2019 Empowerment Award to Dr. Christine Blasey Ford, in recognition of her heroic actions and courage. #inspireluncheon2019 pic.twitter.com/OHbefDXH80

“Although coming forward was terrifying, and caused disruption to our lives, I am grateful to have had the opportunity to fulfill my civic duty,” she wrote on GoFundMe. “Having done so, I am in awe of the many women and men who have written me to share similar life experiences, and now have bravely shared their experience with friends and family, many for the first time. I send you my heartfelt love and support.”Ford has remained largely out of the public eye since her hours-long testimony that captivated the nation. Kavanaugh, who denied Ford’s allegations, was confirmed by the Senate and sworn in as a Supreme Court Justice days after Ford’s testimony.Ford, who did not mention Kavanaugh Wednesday, ended her remarks by telling the crowd that “everyone has the power to inspire others.””Be courageous, stand strong, be yourself,” she said.Copyright © 2019, ABC Audio. All rights reserved.