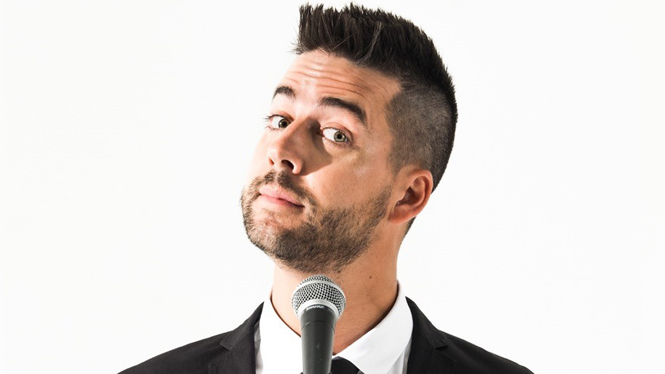 Tickets go on sale Friday, Nov. 8 at 10 a.m. Tickets start as low as $27. For more information or to purchase tickets go to www.johncristcomedy.com or www.premierproductions.com

Crist is one of today’s fastest-rising stand-up comics, with more than 1 billion video views online, more than 4 million social media followers and sold-out shows from coast to coast.

Widely known for viral videos like “Millennial International,” “Honest Football Coach” and “Lady with a Bible Verse For Every Situation”, Crist has seen tremendous success on the road and has shared the stage with comedy legends like Dave Chappelle, Jeff Foxworthy, Seth Meyers, Larry the Cable Guy, Trevor Noah, Dana Carvey, Adam Carolla, Chris D’Elia, Anjelah Johnson, Tim Hawkins, and Louie Anderson. Anderson says of Crist, “It’s only a matter of time until John Crist is a household name. He is so likable and his stand-up is top notch.”

This year, Crist made Pollstar’s Top 100 Tours Globally list, with over 197,000 tickets sold for his “Human Being Tour.” The top 100 List is based on attendance and gross sales. He held the designation for four consecutive weeks, charting as high as #28.

Crist is preparing to release his first hour-long comedy special, “I Ain’t Prayin’ For That” with Netflix on Thanksgiving Day. Filmed at the Lyric Theatre in Birmingham during his “Human Being Tour,” Crist tackles topics including dating in the modern era, the fragility of millennial culture, the how-tos of being a “good” Christian and more. Crist will also release his first book, “Untag Me: The Subtle Art of Appearing Better Than You Really Are” through Penguin Random House books on March 3, 2020.