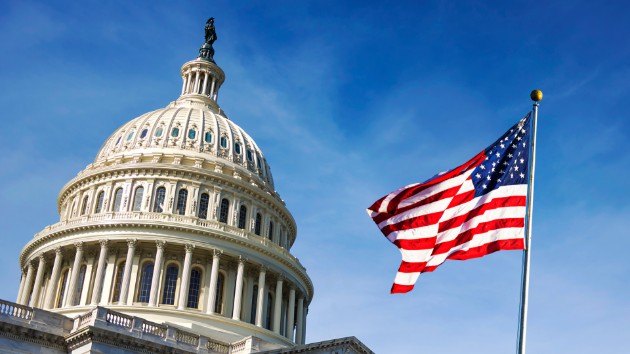 rarrarorro/iStock(WASHINGTON) — With its 232-196 party line vote, the House sanctioned an already fast-moving impeachment inquiry into President Donald Trump. Here’s what will happen next:Nationally televised hearingsUnder the resolution, the House Intelligence committee is tasked with convening public hearings. Those hearings — expected to happen as early as mid November — will no doubt be nationally televised and give Americans the opportunity to hear directly from the witnesses.Among the most compelling witnesses will be White House officials who were listening on Trump’s July 25 phone call to Ukraine’s president. According to a transcript already released, Trump asked the foreign power for a “favor” and asked for Ukraine to investigate his Democratic rival Joe Biden, as well as a widely debunked theory that corrupt Ukrainian politicians tried to sway the 2016 election in favor of Democrat Hillary Clinton.But according to one of the officials on the call — Lt. Col. Alexander Vindman — the transcript is missing key parts of the conversation between Trump and Ukraine President Ukrainian President Volodymyr Zelenskiy. ABC News has confirmed that account, first reported in The New York Times, with three sources familiar with Vindman’s closed-door testimony already provided to Congress.Another key question in the hearings will be details surrounding a July 10 meeting at the White House between several Trump aides — including then-national security adviser John Bolton — and two officials from Ukraine.According to closed-door testimony by Vindman and others, Bolton cut the meeting short after Gordon Sondland — a Trump megadonor who was given a top diplomatic post after the election — told the Ukrainian officials that their government had to “deliver” an investigation to Trump in exchange for U.S. support.It’s likely Democrats will try to move through the various accounts of staffers and diplomats quickly, including closer to Trump’s inner circle, like personal lawyer Rudy Giuliani. The question remains, however, whether Giuliani and others will cooperate; so far, Giuliani has defied a congressional subpoena.A shift in GOP messagingSo far, Republicans have sidestepped questions on substance and stuck with the argument against the process. That argument continued on Thursday, as GOP lawmakers said the resolution puts minority lawmakers at a disadvantage. Under the resolution, Republicans will be allowed equal time to question witnesses but will have to get Democratic agreement to call their own.House Speaker Nancy Pelosi on Thursday denied the rules were unfair, calling them “fairer than anything that has gone before in terms of an impeachment proceeding.”Antonia Ferrier, a former GOP aide, said messages of fairness are likely to resonate with Republican voters because so many Democrats fought his presidency early, including with the Russia investigation.”Their credibility is a real problem when you go after everything and think everything is an impeachable offense. It loses its potency,” said Ferrier, who now works at CGCN Group, a lobbying and strategic communications firm.Ron Bonjean, a former top House Republican spokesman and partner at the public relations firm ROKK Solutions, said Republicans will probably start making the case that impeachment is primarily a political fight, particularly if the inquiry drags into 2020.”There’s so much noise going on, and people aren’t really paying attention to that noise,” he said.In the end, “this is an effort to decapitate a Republican president,” Bonjean said. Copyright © 2019, ABC Audio. All rights reserved.