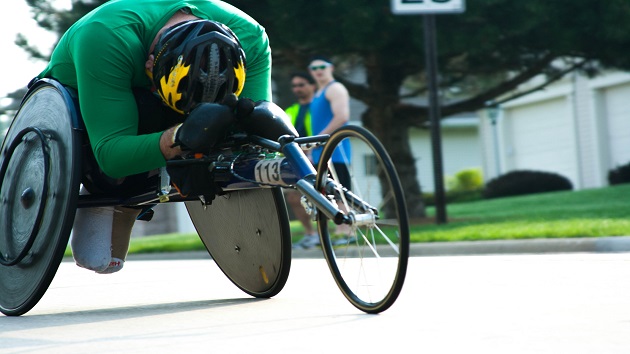 iStock/SMNovak(NEW YORK) — When Daniel Romanchuk first started competing in marathons in 2012, his main goal was to merely keep up with the pack. Just for a mile, at least.The next year he bumped up his expectations: stay with the group for 5 miles.Now, Romanchuk is in the lead.On Sunday, he will compete to become the first American man to win the NYC Marathon’s wheelchair division two years in a row.He came in first last year with a time of 1:36:21, securing the title of the first American man to win the division and the youngest ever at just 20 years old, according to New York Road Runners.In addition to his NYC accolades, he also earned the title of the youngest person ever to win the Boston Marathon this year and the first American to win in 26 years, and scored a spot in the Paralympic Games Tokyo 2020 thanks to his Chicago Marathon win in October.But the titles aren’t what keeps him going.”I try not to concentrate really on those … It would be incredible to [win New York], but it’s not necessarily a goal of mine,” Romanchuk recently told ABC News. “I try to keep my goals within my own capabilities.”Ahead of Sunday’s race, Romanchuk is focusing on the course. A few days ago he toured the 26.2-mile route, getting to know the road conditions that he’ll have to conquer.He wants to make sure he’s ready for the downhill portions of the route, a point of weakness, he says.”I like to climb. I don’t necessarily like to descend, so just kind of knowing where those areas are and knowing who’s in the pack who can possibly go down hill a lot better than I can,” Romanchuk said, noting that he likes to be “economical” with his strokes.His ability to focus on strategy, rather than keeping up, has been a “long process.”Romanchuk, who was born with spina bifida — a birth defect that affects the spine and is the most common neural tube defect in the U.S. — has been participating in programs at a Disabled Sports USA chapter in Baltimore, Maryland, an hour or so away from where he grew up, since he was 2 years old.He began with a slew of activities, including wheelchair basketball, swimming, archery, triathlon, skiing, table tennis, sled hockey, track and field.Track and field is what stuck.”Track and field came along faster for me than some of the other sports,” he has previously said, according to his biography on the non-profit’s website. “It was also something I could do at home.”He began competing in marathons in 2012, and has proven himself to be one to watch.”Daniel is on fire,” Disabled Sports USA communications manager Shuan Butcher told ABC News after Romanchuk won Boston in April. “Being the youngest athlete to win the wheelchair race in Boston can only mean great things ahead.”Training at the University of Illinois, Romanchuk breaks down his schedule into the seasons.During the winter, he’s usually working mostly with weights. But come warm weather in the spring, summer and fall, Romanchuk hits the track and begins upping his mileage.At his peak, he and his team usually clock in around 100 miles each week. On the weekdays, they aim for about 15 miles everyday and on Saturday they shoot for 20.Sunday is his day off, he said, not counting marathon days.After his NYC run, Romanchuk has no plans to slow down.He will travel to Dubai for the 2019 World Para Athletics Championships, beginning on Nov. 7, and then Japan for another marathon after that.”November is a very busy month,” he told ABC.And with or without the title of the first American man to win the men’s wheelchair division two years in a row, Romanchuk is ready to keep going.”I’ve always just enjoyed pushing myself and seeing how far I can go,” he said. “I just enjoy the sport.”

NFL owners approve overtime rule change but only for playoffs