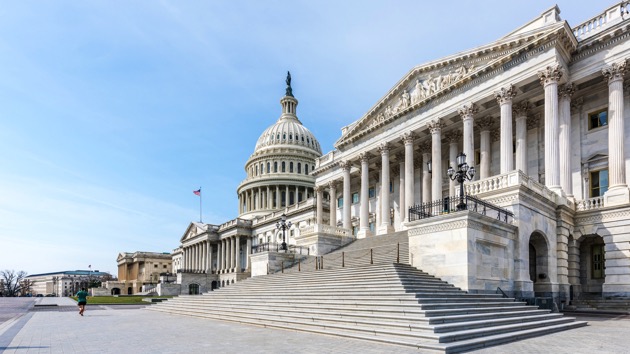 Matt Anderson/iStock(WASHINGTON) — House Democrats on Tuesday released the transcripts of closed-door depositions of Kurt Volker, the former special envoy to Ukraine, and Gordon Sondland, the U.S. ambassador to the European Union. In a statement, the three chairs of the House committees conducting the impeachment inquiry said, “The testimony of Ambassadors Volker and Sondland shows the progression of efforts by the President and his agent, Rudy Giuliani, to use the State Department to press Ukraine to announce investigations beneficial to the President’s personal and political interests.”Sondland, a Trump megadonor who became one of President Donald Trump’s self-described “three amigos” on Ukraine, said he personally delivered the message to a top Ukrainian official that U.S. military aid was contingent upon the country’s ability to launch an investigation that Trump wanted.Sondland’s statement was provided in an update to his initial October testimony, according to information released Tuesday by House Democrats. His remark directly contradicts Trump’s assertion that there was no quid pro quo.According to the updated testimony, Sondland said he told an adviser to Ukrainian President Volodymyr Zelenskiy during a meeting in Warsaw that “resumption of U.S. aid would likely not occur until Ukraine provided the public anti-corruption statement that we had been discussing for many weeks.”Trump has long bristled at the conclusion by U.S. intelligence agencies and a bipartisan Senate investigation that Russia interfered in the election to bolster his chances of beating Hillary Clinton. The president and his personal lawyer, Rudy Giuliani, have instead pushed the unsubstantiated theory that Ukraine – not Russia –hacked the Democratic emails with the goal of helping Clinton.The Sondland transcript can be read here.The Volker transcript can be read here.This is a developing story. Please check back for updates.Copyright © 2019, ABC Audio. All rights reserved.