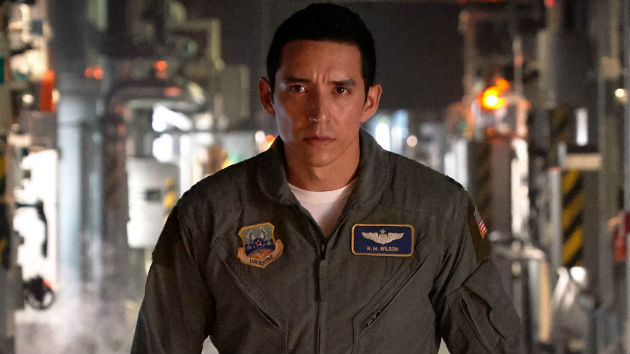 “The only person really up at 3:30, 4 in the morning, training was MacKenzie,” he says with admiration.

Since Davis’ character is an enhanced human soldier, her body bears the scars of the procedure, and battle damage she suffers throughout her onscreen scraps with Luna’s Rev-9 Terminator. All that adds to extra time in the makeup trailer.

“She had to do three hours of makeup, and prosthetics they were adding to her arms, her neck, and her body,” Luna notes.

Luna’s character — and the actor, by extension — had it easy. His character’s liquid metal skin quickly morphs back into place, all courtesy of CGI.  Apart from that being really cool, it also meant some extra sleep.

“I don’t suffer damage,” Luna smiles. “My face grows back, and all they need to do for that is they put a couple of facial capture dots on my face to mark where the effect will happen and I don’t have to worry about it — so I’m in and out of the chair in like 10 minutes!”

He adds, “You know, Arnold has to have all of his battle damage applied, so I had bankers’ hours sometimes, I guess.”

Terminator: Dark Fate is currently the number-one movie in America.