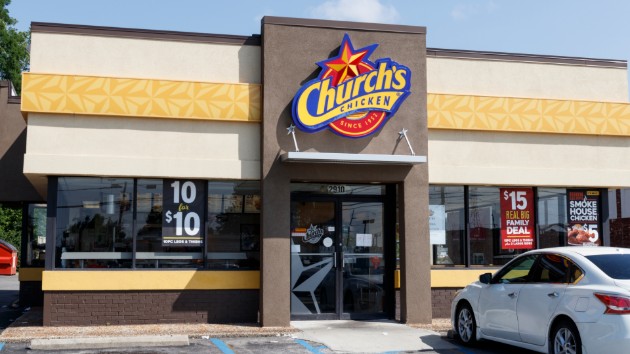 jetcityimage/iStock(SAN DIEGO) — At least one person was killed and two others were injured in a shooting at a Church’s Chicken in San Diego on Wednesday night.The incident began when a customer got into an argument with employees at the fast-food chain’s location in San Diego’s Otay Mesa West neighborhood. The customer then took out a handgun and opened fire inside the restaurant, killing an employee and wounding two others, according to the San Diego Police Department.The suspect fled the scene in a light blue sedan and is still at large, police said.Authorities have released an image of his vehicle.

Update #1 on shootingSuspect is described as a Black male, 30’s, 6-1, thin build, wearing a light blue sweatshirt & blue “Chargers” beanie. Here is a picture of his car taken from surveillance footage. Call CrimeStoppers at 888-580-8477. pic.twitter.com/5B0oTOdbiL

The suspect is described as a tall black man in his 30s who was last seen wearing a light blue sweatshirt and a blue Chargers beanie, police said.Anyone with information on the suspect or his whereabouts is urged to call CrimeStoppers at 888-580-8477. Copyright © 2019, ABC Audio. All rights reserved.