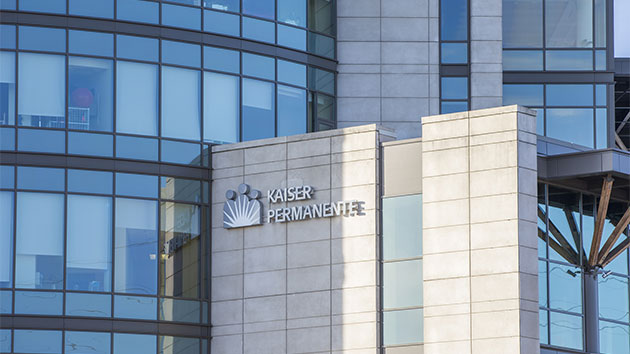 rvolkan/iStock(NEW YORK) — Bernard J. Tyson, chairman and CEO of Kaiser Permanente, died in his sleep on Sunday, the company confirmed to ABC News in a statement. He was 60.”An outstanding leader, visionary and champion for high-quality, affordable health care for all Americans, Bernard was a tireless advocate for Kaiser Permanente, our members and the communities we serve. Most importantly, Bernard was a devoted husband, father and friend. We all will miss his tremendous presence in our lives,” the company said in a statement.Gregory A. Adams, executive vice president and group president, was named interim chairman and CEO, effective immediately, the company said.Tyson was regarded as a trailblazer by many as one of the few African American CEOs of a massive U.S. company.Although not a Fortune 500 company because Kaiser Permanente is a not-for-profit organization, the company’s operating revenue would place it at No. 42 on the Fortune 500, Fortune magazine reported in 2017.There are currently only four black CEOs at Fortune 500 companies, Black Enterprise reported.Tyson appeared on Time’s list of the world’s most influential people and other lists including Modern Healthcare’s list of influential people in the industry.In addition to his role at Kaiser Permanente, Tyson served on several corporate boards, including those for the American Heart Association and the tech firm Salesforce.According to a biography provided by Kaiser, Tyson was a member of the American Academy of Arts and Sciences, served as deputy chairman of the Americas of the International Federation of Health Plans and was the former chair of American Health Insurance Plans.A native of the San Francisco Bay Area, Tyson earned a Master of Business Administration in health service administration and a bachelor’s degree in health service management.Copyright © 2019, ABC Audio. All rights reserved.