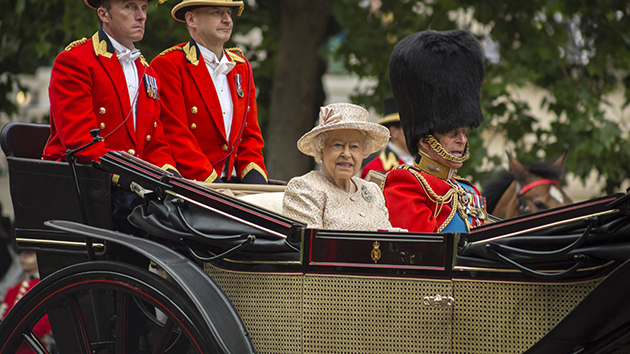 kylieellway/iStock(LONDON) — Prince William and Prince Harry along with Kate, the Duchess of Cambridge and Meghan, the Duchess of Sussex, reunited in central London for “Remembrance Sunday” — a memorial day observed in the British Commonwealth to honor fallen military members of service.Queen Elizabeth II led events at the Cenotaph war memorial in Whitehall, London, for the annual laying of the wreaths. Two minutes’ silence was observed throughout the U.K. at 11 a.m. — the eleventh hour of the eleventh day of the eleventh month.Prince Charles placed a wreath of crimson poppies on the memorial, a tradition usually performed by the Queen, who has been handing off more of her ceremonial duties to son Charles.William, Harry, Kate and Meghan were at the Royal Albert Hall on Saturday night, marking the first time they have all appeared together in public since Harry and Meghan commented about their struggles with constantly being in the public spotlight.When asked by an ITV correspondent if he had grown distant from William, Harry said, “Part of this role and part of this job, and this family being under the pressure it’s under, inevitably stuff happens. But look, we’re brothers, we’ll always be brothers. We’re certainly on different paths at the moment. But I will always be there for him, as I know he’ll always be there for me.”The royal couples were attending a remembrance concert organized by the Royal British Legion, a charity for war veterans. There were musical performances by various divisions of the Armed Forces including the Royal Marines, and veterans shared memories of the war. British actors read war poetry and a series of video shorts were played during the event.Prince Andrew, Prince Edward, Sophie, the Countess of Wessex and other nobility were also in attendance.British Prime Minister Boris Johnson and his girlfriend Carrie Symonds were also in the royal box.This year’s ceremonies were particularly poignant as they marked the 75th anniversary of D-Day and the Battle of Normandy. D-Day is often considered the most pivotal battle of World War II, leading up to the defeat to the Nazis and the end of the war.Copyright © 2019, ABC Audio. All rights reserve

What’s the scariest movie of all time? Better check your heart rate
‘News of the World’ trailer shows Tom Hanks on an epic adventure
Bill aims to prohibit discrimination in financial services for first time
Netflix lifts curtain on dazzling ‘The Prom’ trailer
Dolly Parton teams up with other artists for song to support fight to end breast cancer
Coronavirus live updates: Belgium’s foreign minister admitted to ICU for COVID-19