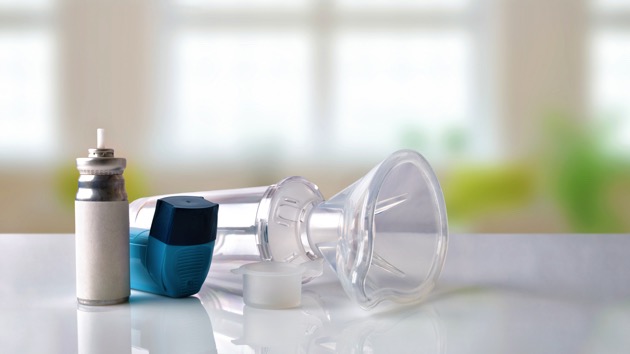 Davizro/iStock(NEW YORK) — A 13-year-old Broadway actress, Laurel Griggs, has died after an apparently fatal asthma attack.Laurel appeared in the Tony award-winning show, Once. The musical shared news of the star’s passing in a Facebook post Saturday.”This beautiful young lady was part of our Once family. Please keep her family in your prayers.”Laurel’s grandfather, David Rivlin announced her death on Facebook Nov. 6.”It’s with heavy heart that I have to share some very sad news. My beautiful and talented granddaughter, Laurel Griggs, has passed away suddenly from a massive asthma attack. Mount Sinai was valiant in trying to save her but now she’s with the angels,” Rivlin wrote.Dr. Jennifer Ashton told Good Morning America that although asthma is a common lung condition, it can potentially be serious and in some cases, fatal.”It’s characterized by inflammation and narrowing of the passageways in our lung,” Ashton said, adding that asthma can cause the following symptoms: wheezing, chest tightness, shortness of breath and cough.In some cases, Aston explained, asthma can lower blood oxygen levels.Ashton said Laurel most likely died from severe asthma exacerbation, which can happen when a person does not respond to traditional treatments. The condition can last for hours and can become fatal once someone’s oxygen levels drop beyond a certain point.”We do have to remember though, still, it’s rare,” Ashton said.According to the Centers for Disease Control and Prevention, there are over 6 million children under the age of 18 living with asthma. In 2017, 185 children died from asthma, the CDC reports.How do parents know if an asthma attack is serious enough for an emergency room visit?1. If your child stops talking to catch their breath.2. They use their abdominal muscles to breathe.3. They widen their nostrils when breathing in.4. If you see a blue-ish tint to the lips or nail beds, that is an emergency.Copyright © 2019, ABC Audio. All rights reserved.

Unlikely monkeypox outbreak will turn into a pandemic, WHO says