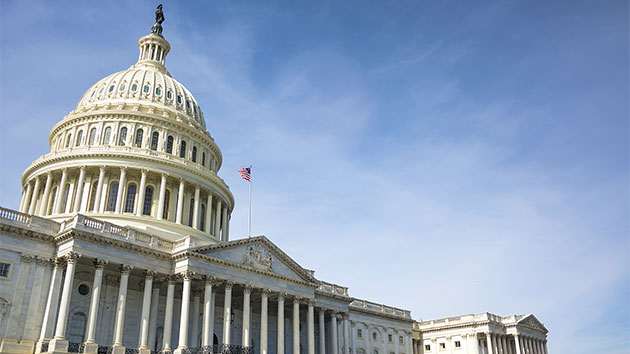 rarrarorro/iStock(WASHINGTON) — House Democrats on Monday released three more transcripts from closed-door testimony that showed that Defense Department aides were confused by a hold on U.S. military aid for Ukraine, and one senior State Department staffer was nervous that President Donald Trump would shift U.S. policy to “suit domestic politics.” The interview transcripts come as House Democrats plan the first open hearings on Wednesday as part of an impeachment inquiry.At issue is whether Trump improperly pressured Ukraine — a country that desperately needed U.S. aid to fend off Russian aggression — to launch investigations into the 2016 election and Democratic rival Joe Biden.The transcripts came from testimony by Laura Cooper, the deputy assistant secretary of Defense for Russia, Ukraine and Eurasia; and Catherine Croft and Christopher Anderson, who both worked as special advisers on Ukraine at the State Department.Croft testified that her foreign counterparts raised concerns about a hold on military aid “very early on.” She said news of the hold got out quickly after a July meeting and that two Ukrainian officials approached her quietly to ask about it.”I remember being very surprised at the effectiveness of my Ukrainian counterparts’ diplomatic tradecraft, as in to say they found out very early on or much earlier than I expected them to,” she said.Croft also said she expressed her concerns to a colleague earlier this year that if Trump saw Biden as a “credible rival,” he might try to change U.S. policy on Ukraine.”It was possible that the Trump administration would choose to change its policy to suit domestic politics,” she testified in a closed-door deposition.At the Pentagon, Cooper said that aides were confused by the hold on the financial aid because the Defense Department had certified the financial transfer last May when Ukraine had met the necessary anti-corruption benchmarks.Upon learning the aid was on hold last July, Cooper said senior aides were unclear legally how everything would “play out.””So the comments in the room at the deputies’ level reflected a sense that there was not an understanding of how this could legally play out,” she told Congress, according to the transcript of her interview. “And at that meeting the deputies agreed to look into the legalities and to look at what was possible.” In her testimony, Cooper spoke to the need for the military aid to fend off Russian aggression, noting that Russia had already in 2014 tried to annex a portion of Ukraine.”They are trying to negotiate a peace with Russia, and if they are seen as weak, and if they are seen to lack the backing of the United States for their Armed Forces, it makes it much more difficult for them to negotiate a peace on terms that are good for Ukraine,” she testified.She also described a conversation with former U.S. envoy to Ukraine, Kurt Volker, in which he said the military aid would be released if Ukraine was willing to make a statement “that would somehow disavow any interference in U.S. elections and would commit to the prosecution of any individuals in election interference.” Laura Cooper transcript:

‘Dancing with the Stars’ season 29 recap: Carole Baskin lets out her last roar on the dance floor
Presidential debate: Trump, Biden face off for first time ahead of November’s election
Democrats have few tools to slow Senate vote on Supreme Court nominee before Election Day
Trump, White House blend denials, justifications in reaction to New York Times story on his taxes
Chadwick Boseman donated part of his salary to co-star Sienna Miller on ’21 Bridges’
Here’s why Evan Rachel Wood is no longer on Twitter