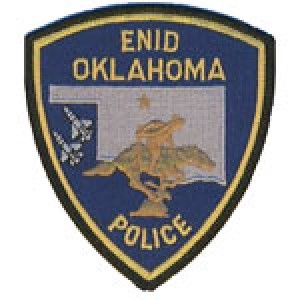 The Enid Police Department released the following statement on their Facebook page today regarding the outbreak of car burglaries:

Last night on November 9th, 2019 at about 8:45 PM officers arrested two females for burglarizing a vehicle near 3000 W. Oklahoma. The women stole a purse from inside the vehicle and were captured a short time later in the area. They were identified as Jazmen Taylor, age 20, and Mercedes Stowe, age 26. Taylor was booked on complaints of 3rd degree burglary, knowingly concealing stolen property, possession of drug paraphernalia, malicious injury to property, and a Garfield County warrant on an unrelated charge. Stowe was booked for 3rd degree burglary.

Early this morning, November 10th at 2:39 AM, officers observed a pair of men burglarizing a vehicle near 300 W. Hickory. The men ran when confronted by officers. Damion Phares, age 21, was immediately captured. He was booked on complaints of 3rd degreed burglary (20 counts), possession of drug paraphernalia, and possession of methamphetamine. Shaun Prock, age 18, was captured a short time later in the area and was booked on 3rd degree burglary (20 counts) and knowingly concealing stolen property. At the time of this incident Prock was already out on bond from a previous car burglary he committed on September 29th, 2019.

Investigating officers learned that a residence at 2728 N. Washington may contain stolen property and additional suspects. They served a search warrant at that location later in the morning around 7:40 AM. Inside they located a large amount of stolen property believed to have been stolen from a number of other car burglaries. Five additional suspects were also found inside and arrested. They were identified as Tyler Byrd, age 19, Kellie Payne, age 26, Robert Trekkel, age 21, Kaylind Stuart, age 18, and Keith Nelson, age 26. All were booked on complaints of knowingly concealing stolen property. Trekkel and Stuart had additional complaints of possession of drug paraphernalia and possession of methamphetamine.

We’ve been experiencing a high number of car burglaries recently so we’re hoping these latest arrests interupt that trend. This also highlights the effectivness of the Street Crimes Unit, staffed by Sergeant Zeke Frazee and Officers Tyler Evans and Jose Torres. They worked hard on this case and were very successful.

If you were the victim of a car burglary recently and have not yet reported it, please contact us. We have not yet located the owners to some of the stolen property recovered today.