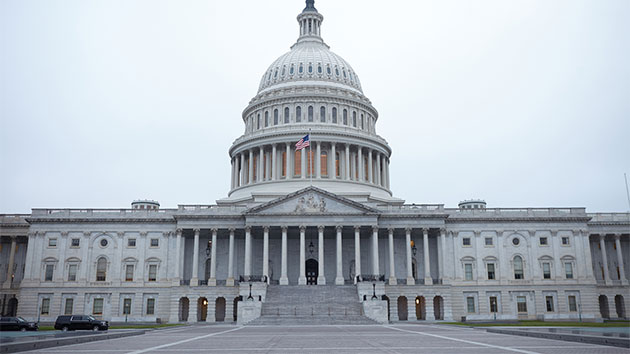 Luka Banda/iStock(WASHINGTON) — The House Intelligence Committee will hold public impeachment hearings with eight additional witnesses next week, the panel announced Tuesday night, on the eve of the first public hearings in the Ukraine impeachment inquiry.As lawmakers prepare to hear from former ambassador to Ukraine William Taylor and State Department official George Kent on Wednesday, the committee announced five hearings between Tuesday, Nov. 19, and Thursday, Nov. 21.On Tuesday morning, Jennifer Williams, Vice President Mike Pence’s special adviser for Europe and Russia, will testify alongside Lt. Col. Alexander Vindman of the National Security Council. Later that day, former U.S. envoy to Ukraine Kurt Volker, and Timothy Morrison, the NSC’s Russia expert, will appear before the Intelligence Committee, which has led the impeachment inquiry.Gordon Sondland, the U.S. ambassador to the European Union who amended his closed-door testimony to lawmakers last week, will appear on the morning of Wednesday, Nov. 20. He’s followed by Laura Cooper, a senior Defense Department official, and David Hale, a top State Department official, Wednesday afternoon.Fiona Hill, the NSC’s former Russia expert under former national security adviser John Bolton, is scheduled to appear on Capitol Hill the morning of Thursday, Nov. 21.Together with hearings this week — tomorrow’s hearing, and Friday’s hearing with Marie Yovanovitch, the former U.S. ambassador to Ukraine — the panel has scheduled 11 public hearings with witnesses who have previously testified behind closed doors.Committee Republicans had requested hearings with several of the witnesses, including Hale, Volker and Morrison. In their release announcing the new slate of hearings, Democrats said they had accepted “all of the Minority requests that are within the scope of the impeachment inquiry,” ruling out public hearings with either Hunter Biden, the former vice president’s son, who Republicans had sought to question about his ties to a Ukrainian energy company. They accepted three of the nine witnesses Republicans requested.They also appeared to rule out a public hearing featuring the whistleblower behind the initial complaint about President Trump’s phone call with Ukraine’s president.Democrats, who initially mulled bringing the whistleblower in with safeguards to mask their identity, have more recently argued that the whistleblower’s testimony is unnecessary for their inquiry, given the additional witnesses with knowledge of the call who have corroborated many of the details in the complaint. Copyright © 2019, ABC Radio. All rights reserved.