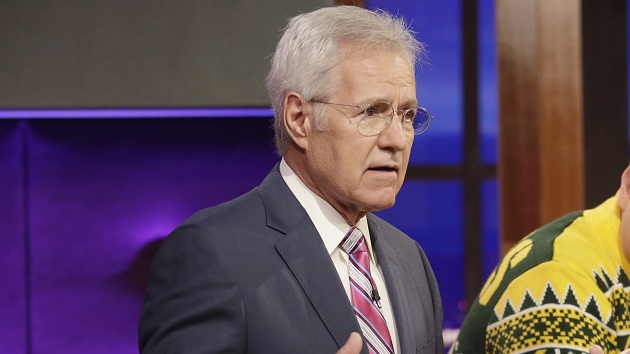 ABC/Nicole Wilder(NEW YORK) — Alex Trebek choked up on Jeopardy! Monday after one contestant surprised him with a heartwarming message of support.

Dhruv Gaur was in third place during the game show’s Tournament of Champions and had $2,000 going into Final Jeopardy when he was asked, “In the title of a groundbreaking 1890 exposé of poverty in New York City slums, these 3 words follow ‘How the.’”

The question, for those playing along, was Jacob Riis’ book, “What is ‘How the Other Half Lives’?”

Trebek, 79, revealed in March that he’d been diagnosed with stage 4 pancreatic cancer, and although he responded well to treatment at first, in September he told Good Morning America that his doctors had determined that he needed to undergo chemotherapy again.

The disease has taken a toll in more ways than one, he continued. In addition to causing “fatigue” and “excruciating pain,” it’s thrown him into periods of depression, too.

“When it happened early on I was down on myself,” he told GMA. “I didn’t realize how fallible each of us is in his or her own way. … I talk to the audience sometimes and I get teary eyed for no reason. I don’t even bother to explain it anymore, I just experience it. I know it’s a part of who I am and I just keep going.”