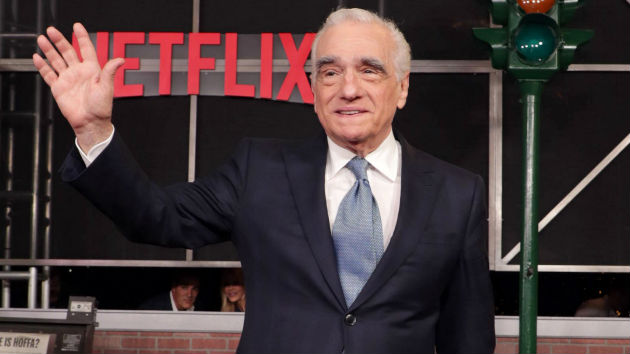 No, The Irishman director hasn’t changed his mind about saying that the films are “not cinema” — comments that earned him criticism from the likes of Marvel Studios head Kevin Feige and MCU star Chris Evans — but Scorsese seemed to soften his tone somewhat, admitting that they’re “not cinema to me.”

Scorsese tells Travers, “It might be cinema to the kids seeing those films. That might be, but I don’t get it.”

“I’ve seen one or two,” the Taxi Driver filmmaker says, adding, “That’s enough, because it’s the same thing over and over, you know.”

So, sorry, Cap, Hulk, Iron Man and the rest of the gang: You’re not Marty’s cup of tea.

Travers presses Scorsese to name which movies do qualify as cinema…to him.

Recently, Black Panther star Chadwick Boseman said Scorsese “didn’t get” the cultural impact of the blockbuster film.  Feige called the director’s comments “unfortunate,” adding, “I think myself and everyone who works on these movies loves cinema, loves movies…”

He added, “Everybody has a different definition of art.”