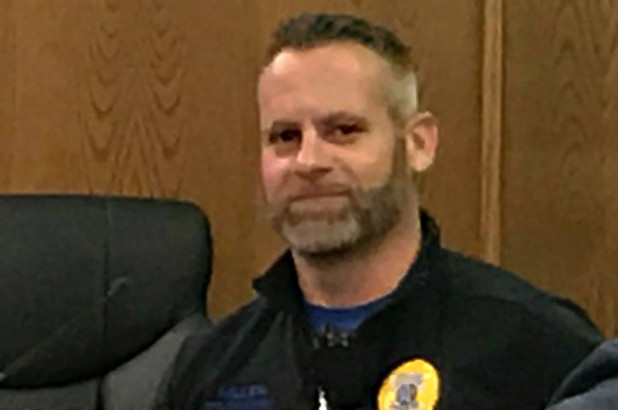 The Oklahoma cop accused of killing his police chief in a Florida hotel room on Sunday was found by deputies “mumbling” incoherently after the alleged attack, a report said.

The cops, in town for a law enforcement conference, had gotten into a fight before the alleged fatal attack.

Miller was found dead inside the hotel room, police have said.

Nealey was held on $500,000 bond at his Tuesday arraignment, the report said. He kept quiet with his head down throughout the proceeding.