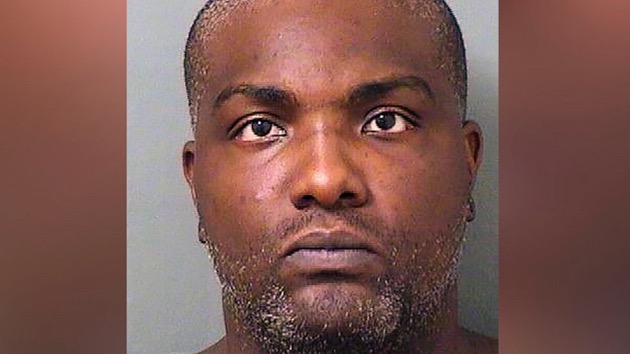 Palm Beach County Sheriffs Office(DAYTONA BEACH, Fla.) — Florida prosecutors on Thursday said they’re pursing the death penalty against a suspected serial killer who has been indicted for first-degree murder in three additional cases.Authorities also revealed that an alleged survivor has come forward.The suspected serial killer, Robert Hayes, was arrested in September, more than a decade after his alleged crimes. He was charged in September for the 2006 slaying of 35-year-old Rachael Bey in Palm Beach County. He pleaded not guilty.In Volusia County, a grand jury has issued three indictments against Hayes, all first-degree murder with a firearm, for the Daytona Beach area slayings of three other women: Laquetta Gunther, Julie Green and Iwana Patton, State Attorney R.J. Larizza said at a news conference on Thursday.Gunther was killed on Dec. 26, 2005; Green was killed less than a month later, on Jan. 14; and Patton on Feb. 24, 2006. All three were shot in the head and found naked and facedown on the ground, authorities said.Two of the three victims were linked by forensic evidence, while two were linked by DNA, Daytona Beach Police Chief Craig Capri said in September. DNA recovered from Bey’s body also matched the mystery suspect in Gunther’s and Green’s killings.But Hayes was not identified as a suspect until genetic genealogy was used in 2019.Genetic genealogy compares unknown DNA evidence from a crime scene to public genetic databases to identify suspects through their family members, who voluntarily uploaded their DNA to those databases.Genetic genealogy has been called a “game-changer” in the effort to crack cold cases. Since the arrest of the suspected “Golden State Killer” in April 2018, about 100 suspects have been identified through the technology, according to genealogy expert CeCe Moore.Moore, who worked on the Hayes case, has appeared as an expert in ABC News “20/20” episodes and has been quoted in ABCNews.com articles.Once genetic genealogy identified Hayes as a possible suspect, investigators collected a cigarette he had discarded, according to a probable cause affidavit. The DNA from the cigarette matched the DNA from Bey’s killing and from one of the Daytona Beach killings, according to court documents.Authorities are also now speaking with a woman who allegedly survived an attack by Hayes during that same time frame. The woman, who was not named by authorities, came forward after seeing media coverage of Hayes’ arrest in September, Larizza said Thursday.

The survivor is now telling prosecutors “exactly what he did and how he did it,” Volusia County Sheriff Michael Chitwood said at the news conference.That alleged attack was not reported to law enforcement at the time, Larizza said. A witness has also been interviewed, Larizza said.Hayes’ public defender did not immediately respond to ABC News’ request for comment.Copyright © 2019, ABC Audio. All rights reserved.