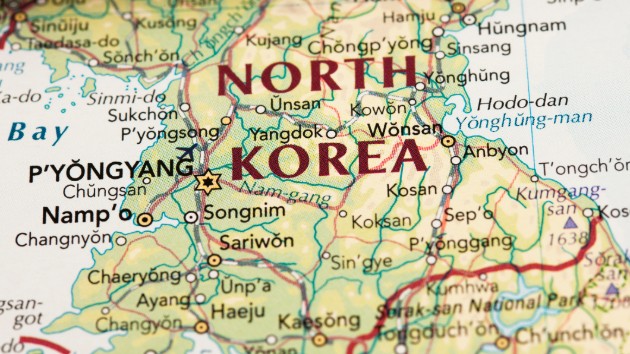 200mm/iStock(WASHINGTON) — The parents of Otto Warmbier, the American student who died shortly after being released from North Korean detention, say they are on a “mission.” Speaking in South Korea’s capital on Friday, Cindy and Fred Warmbier said they were committed to tracking down and seizing the North Korean government’s assets around the world to pressure the regime over its abysmal human rights record. “We have to believe we can win, though. We cannot give up. We can’t give them a pass. We have to fight with all of our power,” Cindy Warmbier said during a press conference hosted by a South Korean group dedicated to the victims of North Korea’s abduction and detainment.Otto Warmbier was detained in North Korea’s capital in December 2015 while on a guided tour and was later accused by the regime of stealing a propaganda poster. The University of Virginia student suffered brain damage during his imprisonment in Pyongyang, the details of which are still unknown, and was eventually released by North Korea to the United States in June 2017 in a medical state called unresponsive wakefulness. Six days after returning to his family in Ohio, Otto Warmbier died. He was 22.The North Korean government has denied torturing or mistreating the young man. But in December 2018, a federal district court ruled that Fred and Cindy Warmbier were entitled to a $500 million payment from North Korea’s regime for the death of their son. The parents say Otto was “systematically tortured” while he was detained. “Cindy and my mission would be to hold North Korea responsible, to recover and discover their assets around the world,” Fred Warmbier said at Friday’s press conference in Seoul, “and we feel that if you force North Korea to engage the world from a legal standpoint, then they will ultimately have to have a dialogue. They are not going to come and have dialogue with us any other way.”Cindy Warmbier said they would travel to the Demilitarized Zone, the border area that has divided North and South Korea since the Korean War, to send a message to the North Korean regime: “‘Hello, I’m Otto’s mom. I hate you. I hate you so much, but you can’t hurt me anymore, so I’m coming out to see you. I want to look you in the eye and see evil and face it and know that as good people, we will win.” The parents have spoken at similar events, joining a community of families whose loved ones have fallen victim to the North Korean regime, including Japanese citizens who were abducted. Cindy Warmbier spoke in Washington, D.C., in May to support those families.”He lies and he lies and he lies, all for himself,” she said of North Korea’s third-generation leader, Kim Jong Un, comparing him to Nazi leader Adolf Hitler except that Kim is “doing it to all of his people.” “North Korea is a cancer on this earth,” she added, “and if we ignore this cancer, it’s not going away, and it’s going to kill all of us.” Kim’s regime is responsible for mass atrocities, including arbitrary killings, torture, forced disappearances, coerced abortions and notorious detention camps that have approximately 100,000 people imprisoned, according to the U.S. Department of State. While North Korea, under heavy international sanctions, remains extremely impoverished, the regime elite manages to live a more luxurious lifestyle by relying on an international financial network to smuggle, evade sanctions and earn illicit funds, including through cyber bank heists.Despite their fierce stance against Kim’s regime, the Warmbiers have been mostly supportive of U.S. President Donald Trump’s diplomatic efforts to solve the nuclear crisis with North Korea. But the parents have called on the Trump administration to raise North Korea’s record on human rights in those engagements, and they have been critical of Trump’s effusive praise for Kim. After his summit in Hanoi, Vietnam, in late February, Trump seemed to wash Kim’s hands of any responsibility for Otto Warmbier’s death, saying at a press conference, “I don’t believe that he would have allowed that to happen … I don’t believe that he knew about it.”The Warmbier’s responded to Trump’s remarks with a strong statement at the time, saying, “Kim and his evil regime are responsible for the death of our son Otto. Kim and his evil regime are responsible for unimaginable cruelty and inhumanity. No excuses or lavish praise can change that.” The family met Trump for dinner at the White House in September. Copyright © 2019, ABC Audio. All rights reserved.

Mike Pence’s chief of staff Marc Short, 4 others test positive for COVID-19
Convicted FL felons voting for the first time
Huge crowds protest again in Belarus as opposition ultimatum for Lukashenko expires
Delta adds 460 people to no-fly list for refusing to wear masks
After tight 2016 race, Pennsylvania poised to be linchpin to election win
Coloradans are voting on an abortion ban: What to know about Proposition 115