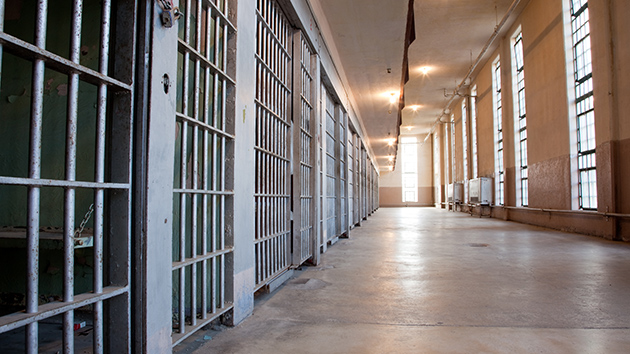 MivPiv/iStock(CAIRO) — Egyptian police raided the Cairo office of independent news website Mada Masr on Sunday and briefly detained three journalists, including the editor-in-chief, as authorities intensify a crackdown on press freedoms.Mada said on Twitter that editor-in-chief Lina Attalah and journalists Mohamed Hamama and Rana Mamdouh were “taken to the prosecution,” one day after another website editor, Shady Zalat, was arrested. The four were released a few hours later.Two foreign reporters, American Ian Louis and British Emma Scolding, were also questioned and “taken away separately” before being released, Mada added.Earlier on Sunday, a Mada source told ABC News that “today at approximately 1:30 pm, security forces raided the Mada Masr office. Some staff members were able to leave just before the raid, while others were still held at the office.””They confiscated staff members’ laptops and phones and refused to answer questions about their identity. They collected staff members’ IDs and their personal information and held them in the newsroom,” Mada said in a statement.In the early hours on Saturday, the website’s editor Zalat was arrested at his home. Before his release on Sunday, he was not formally charged and his whereabouts were unknown. His detention was described as illegal by Mada lawyer Hassan al-Azhari.”He hasn’t yet been referred to an investigative authority yet, a delay that is a common practice used by authorities in Egypt in targeting journalists and others,” al-Azhari said.Mada, founded in 2013, became known for its investigative reports on topics that often cover Egyptian security bodies. It has Arabic and English versions.Last week, it ran a controversial story on Mahmoud El-Sisi, the son of Egyptian President Abdel-Fattah El-Sisi, saying that he was dispatched to a diplomatic mission in Russia “after failing to properly handle a number of his responsibilities” as an intelligence officer.Egyptian authorities have yet to comment on the arrests or the raid on Mada’s office.Mada is deemed the only fully independent Egyptian news website. It was among hundreds of websites that were blocked by the government in 2017.”We are often asked how it is that we’re still able to work through years of crackdown and pressure that have forced most media into either closure or clear alignment with those in power,” Attalah said late on Saturday.”Journalists have no protection other than the integrity of their work and the value that others place in it. We are all in danger, and if we do not stand up, we will all be their prisoners.”Egypt is one of the world’s top jailers of journalists with 25 reporters imprisoned in 2018, according to the Committee to Protect Journalists.Authorities have launched a relentless crackdown on dissent since small and rare protests erupted against El-Sisi on September 20, arresting a few thousands on an array of charges including being members of a “terrorist group,” in reference to the outlawed Muslim Brotherhood.Copyright © 2019, ABC Radio. All rights reserved.