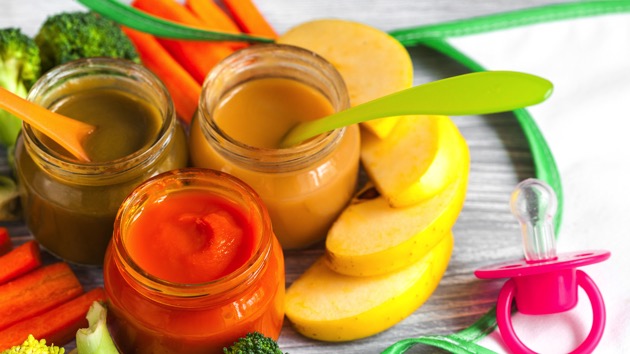 279photo/iStock(NEW YORK) — From creating baby food recipes in her kitchen at home to starting the No. 1 organic baby food company in the country, Shazi Visram does not seem to give up when she sets her mind on something.Visram started Happy Family Organics in 2003 after having a conversation with one of her friends, who had recently given birth to twin babies at the time, and was having trouble finding healthy baby food options.“I just fell in love with the category of doing something in baby food because for me that was the place to really make a difference is the start of life,” Visram told ABC News’ Rebecca Jarvis on an episode of “No Limits with Rebecca Jarvis.”Growing up with entrepreneurial parents, Visram watched them build a motel business from the ground up. Both of her parents are immigrants to the U.S. — her father hailing from Tanzania and her mother from Pakistan.They moved to the United States when Visram was a little girl and purchased a motel in Fultondale, Alabama, with no knowledge of the hospitality business but a desire to succeed and create a stable life for their family.“They were successful, and I watched them grow from one to two to three to five to other businesses, and I learned a lot along the way,” Visram said. “I would say I’ve got like a pre-MBA.”Yet, instead of finding inspiration from her parents’ entrepreneurialism, Visram was turned off by the idea of runnning a business and decided she “didn’t want to have anything to do with it at all.”She later realized that owning a business could be the way to combine her creativity and passion after earning a bachelor’s in visual arts and history and then an MBA from Columbia Business School“I think, actually, one of the most creative things a person can do in life is start a business. And in a sense it is like a living, breathing work of art, but you can also use it to make change and impact people and do so much else than just make money,” Visram said.Visram said she went to business school knowing that she wanted to create something of her own and that she wanted to “go big.”“Part of it is like an immigrant thing I think where it’s a survivalist thing. The way I see it is not having enough forces you to be more creative to create and to come up with solutions to challenges that others might not be pushed towards because they don’t have to,” Visram said of her upbringing. “What happens is you end up with a far more beautiful outcome because it’s fueled by creativity and yes, there’s pressure and there’s fear, I mean all of us have it as entrepreneurs, but having the ability to be creative actually is a gift.”In 2006, Visram found herself doing demos in Whole Foods trying to get parents to think differently about what they were feeding their children. With a focus on feeding babies healthy and natural foods, Visram and Happy Family began to revolutionize the industry.Back then, roughly 3.5 percent of the entire market was organic, according to Visram.”That’s it,” she said. “And now today it’s … probably in the 30s, maybe 35 percent of the market is organic, which is really awesome because we’re still the brand leading that charge.”While Happy Family greatly values organic eating, in most states, food stamps prevent parents from buying organic baby food. In order to make its products accessible for everyone, Happy Family has been working to create a line of products that are approved under the Women, Infants and Children (WIC) nutritional program for low-income women and their children. The line has been approved in 13 states as the company continues to strive for approval from all 50 states.“I’m really proud that it’s not just that we’ve increased the size of the market in terms of organic, we’ve taken millions of pounds of pesticides and chemicals out of our babies bodies, out of the soil and we continue to make progress there.”Hear more from Happy Family Organics founder Shazi Visram on episode #139 of “No Limits with Rebecca Jarvis.”Copyright © 2019, ABC Audio. All rights reserved.