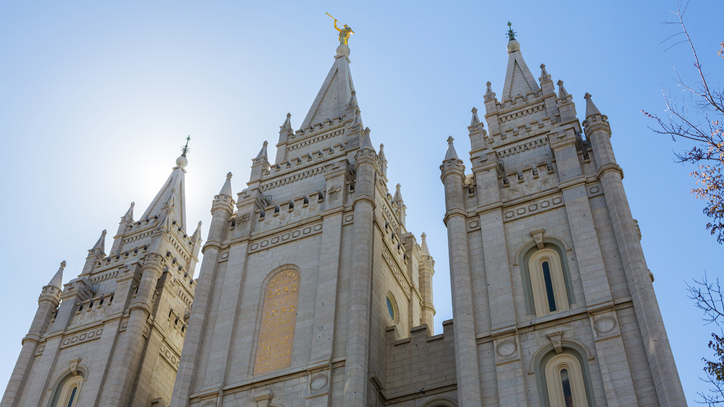 Alysta/iStock(SALT LAKE CITY) — Utah is primed to ban the controversial practice of conversion therapy on minors this week, ending a long battle between local LGBTQ activists and religious groups on opposing sides.Utah Gov. Gary Herbert made the announcement on Tuesday evening, saying LGBTQ rights groups and The Church of Jesus Christ of Latter-day Saints had agreed on a proposed rule to ban the discredited practice, which is grounded in the belief that being LGBTQ is abnormal or unnatural.”I have learned much through this process. The stories of youth who have endured these so-called therapies are heart rending, and I’m grateful that we have found a way forward that will ban conversion therapy forever in our state,” Herbert said in a statement. “I’m grateful to the many stakeholders who came to the table in good faith, with never ending patience. I’m also grateful to the dedicated board members at DOPL [Division of Occupational and Professional Licensing] for their work that enabled us to come together to craft this rule.”The rule, which could go into effect as early as Jan. 22, is modeled after a bill that failed to pass the Utah state legislature earlier this year. LGBTQ rights groups and The Church of Jesus Christ of Latter-day Saints had clashed over the language of previous versions of the rule.The Church of Jesus Christ of Latter-day Saints once expressed concerns about potential infringements on religious freedom, but it said the new rule provided more clarity.”We are opposed to conversion therapy and our therapist do not practice it,” Marty Stephens, director of the church’s government affairs division, said in a statement. “However, we are grateful for the clarifications the new rule provides and we support its adoption.”He said church leaders were thankful to the governor for “finding a good solution which will work for all concerned.”The rule will be published on Dec. 15 and state residents will be allowed to comment on the proposal until Jan. 14, according to the governor’s office. Utah will become the 19th state to ban the practice for minors.The news came just days after the American Medical Association, the country’s largest association of physicians, announced its support for a federal ban on conversion therapy, which attempts to convert a person’s sexual identity to heterosexual or make a transgender person identify with the gender they were assigned at birth.Conversion therapy techniques can range from counseling to conversion techniques like electroshock, chemical or deprivation treatments.Research shows that nearly 700,000 LGBT adults between age 18 and 59 admitted to going through conversion therapy, including about 350,000 subjected to the practice as children, according to a study released in June 2019 by the Williams Institute at the University of California, Los Angeles.Two-thirds of LGBTQ youth surveyed by the The Trevor Project, which provides support for LGBTQ youth as well as resources for crisis and suicide prevention, reported that someone tried to convince them to change their sexual orientation or gender identity, according to the nonprofit group’s 2019 National Survey on LGBTQ Mental Health.Young people who have undergone conversion therapy were more than twice as likely to attempt suicide as those who did not, according to the survey.LGBTQ advocacy groups, including Equality Utah, applauded Herbert for protecting young people from “the dangerous, discredited practice to ‘cure’ LGBTQ clients.””We are profoundly grateful to the Herbert Administration for the thoughtful and meticulous manner in which they have worked to protect LGBTQ youth,” Troy Williams, executive director of Equality Utah, said in a statement. “This summer, Governor Herbert declared that science would prevail over politics, and he has kept his word. Today, Utah is a safer state for our youth to live and thrive.”