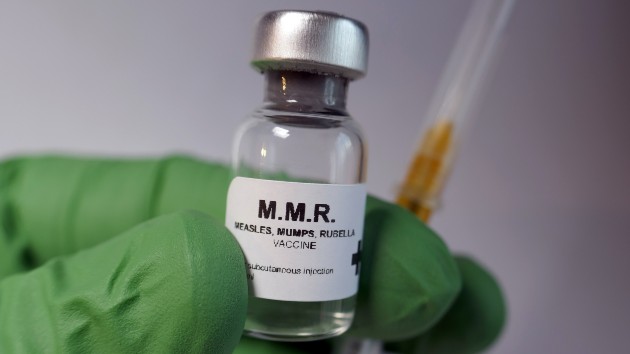 Hailshadow/iStock(LONDON) — The death toll from a growing measles outbreak on the small Pacific island of Samoa has topped 50. Since the Samoan government declared a national measles epidemic in late October, at least 53 people — nearly all children — have died from the highly contagious, vaccine-preventable disease. Most of them are children under the age of 4. Samoa’s Ministry of Health has recorded a total of 3,728 measles cases in the islands’ population of around 200,000 since the outbreak began, according to the latest data.The Samoan government officially declared a state of emergency on Nov. 15 and then launched a mandatory vaccination program for priority groups, including children and women of childbearing age who aren’t pregnant. More than 58,000 people have been immunized against measles on the two main islands, Upolu and Savai’i. It typically takes about 10 to 14 days for the measles, mumps and rubella (MMR) vaccine to become effective. All schools have been closed indefinitely since mid-November and children have been banned from attending public gatherings due to the epidemic.Measles is a highly infectious viral illness that infects the respiratory tract then spreads throughout the body. It typically begins with cold-like symptoms and a fever, then a rash of flat red spots breaks out on the skin a few days later. The disease can lead to severe complications. Nearly one to three of every 1,000 children who become infected with measles will die from respiratory and neurological complications, according to the U.S. Centers for Disease Control and Prevention.As many as one out of every 20 children with measles gets pneumonia, the most common cause of death from measles in young children. And about one child out of every 1,000 who get measles will develop encephalitis — swelling of the brain — that can lead to convulsions and cause deafness or intellectual disability, according to the CDC. Both a lack of access to and a fear of vaccines has resulted in devastating measles outbreaks in many parts of the world in recent years, including both low and high-income countries. Nearly 350,000 measles cases were reported globally in 2018 — more than doubling from 2017, according to the United Nations Children’s Fund, Major measles outbreaks have also been reported this year in the Democratic Republic of the Congo, the Philippines, Ukraine, as well as in the United States. Copyright © 2019, ABC Audio. All rights reserved.