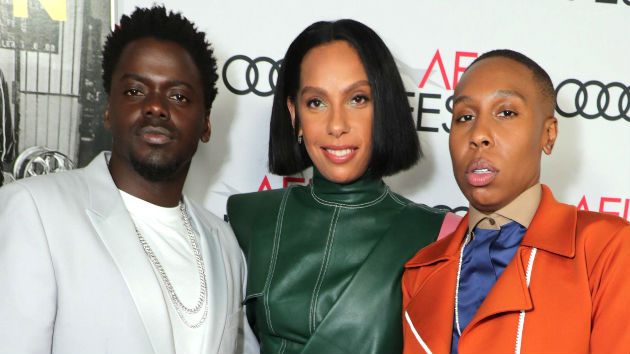 “To me what you take away from it is what you bring to it,” Waithe says. “I think that to me is my mission as an artist. I never want to tell people how to feel. I never want to be in control over how people receive my art.”

She continues, “The rest really up to people… and they really make it what it is, you know. To me, Do the Right Thing, Boyz n the Hood, Love Jones. Those movies are classics. Not just because the artists, but because of what the people have said. And the people have kept those movies alive and the people keep revisiting those films. Even more so, I will say, than critics.”

Waithe’s film, which she wrote and executive-produced, stars Daniel Kaluuya and Jodie Turner-Smith as a new couple who go on the run after a minor traffic infraction turns deadly.

Waithe hopes her film follows in the footsteps of films she grew up on that later became classics.

“Black people are the reason why Love Jones is so talked about… is the reason why The Five Heartbeats is so phenomenal,” she explains. “Because… I love that story.”

So far, Waithe’s dream seems to be coming true. Thanks to the support of fans and celebrity friends like Snoop Dogg, Kelly Rowland, Big Sean, and Lil Rel, who decided to buy-out screenings of the film, Queen & Slim brought in an estimated $11.7 million for the three-day weekend and $15.8 over the five-day weekend.

Queen & Slim, directed by Melina Matsoukas, is in theaters.

Diego Luna says ‘Andor’ explores the “nuances” of his ‘Rogue One: A Star Wars Story’ character

Chrissy Teigen says pregnancy loss from two years ago was an abortion: “Let’s call it what it was