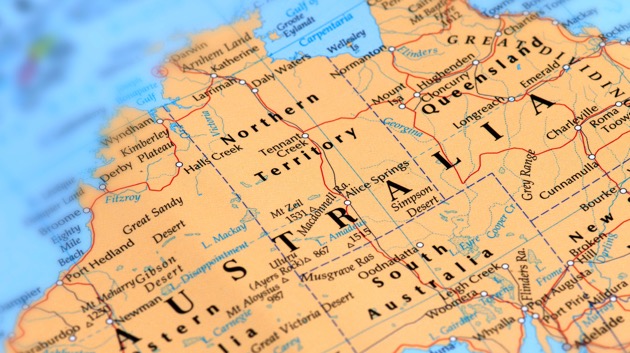 omersukrugoksu/iStock(LONDON) — A man was miraculously found after being stranded in the Australian Outback for two weeks.Phu Tran, 40, was discovered by Ted Fogarty, a livestock farmer, near the remote town of Alice Springs in Northern Territory, Australia, according to local police.Tran, along with Tamra McBeath-Riley, 52, and Claire Hockridge, 46, set out for a drive on the afternoon of Nov. 19 when their car got stuck in a riverbed, stranding them in the wilderness with nothing around them for miles.Superintendent Pauline Vicary of the Northern Territory Police said Tran was slightly disoriented but in good condition after his two-week ordeal.McBeath-Riley was rescued late Sunday evening about a mile north of where their car got stuck. She allegedly decided to stay there while the other two set off for help.Tran and Hockridge allegedly walked at night to avoid the blistering heat which approached 104 degrees Fahrenheit during the day.McBeath-Riley described her ordeal in a press conference following her rescue.”[The] three of us, my partner and a friend … took a wrong turn basically and ended up being bogged. And, yeah, experienced something I wouldn’t want to experience again,” McBeath-Riley said. “When the helicopter found me, I thought that Claire and Phu had reached the highway. That was my, you know, immediate thought. Yeah, so to find out that’s not the case is, yeah, worrying.”Australia’s Northern Territory alone is bigger than the entire country of South Africa and has a total estimated population about the size of Reno, Nev. living in that area.Hockridge is currently still missing. The land and air search for her is ongoing.Copyright © 2019, ABC Audio. All rights reserved.