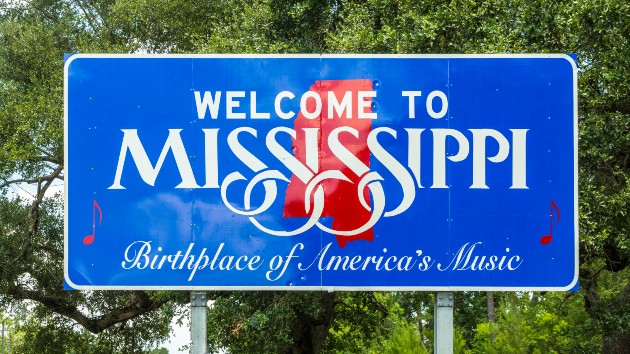 Meinzahn/iStock(JACKSON, Miss.) — Former New York City Mayor Michael Bloomberg is bringing his late bid for the 2020 White House Tuesday to the heart of the Deep South in Jackson, Mississippi.The billionaire businessman and former mayor of New York City will meet with Jackson Mayor Chokwe Antar Lumumba, and other community leaders, for a roundtable discussion on criminal justice reform.He made brief stops in Virginia and Phoenix before Thanksgiving, but takes to the campaign trail with regularity beginning this week.The trip comes as he ventures out on an unconventional pursuit of the Democratic Party’s nomination after years of flirting with the idea. Bloomberg embarks on the campaign trail with a stop in one of the epicenters of the civil rights movement, where many famed Freedom Riders were arrested as soon as they arrived in the city’s bus station.Bloomberg has been consistently criticized by criminal justice advocates for the New York Police Department’s policy of “stop and frisk” during his time as mayor. He had long defended the positive effect his administration’s measures had on crime rates in New York, but some have cited the negative impact the policy had on police-community relations — especially the demoralizing and dehumanizing impact among young black and brown men.The former mayor recently apologized for the practice, reversing his longstanding support of the policing strategy. Speaking to a black church in Brooklyn, New York, Bloomberg made his mea culpa in the heart of the community most affected by the contentious policy on the cusp of announcing his presidential bid.”I was wrong,” Bloomberg said. “And I am sorry.”It was a reversal for the former mayor, who saw New York through the post-traumatic stress of the Sept. 11 terror attacks.Bloomberg has a lot of ground to make up with many of his fellow 2020 contenders already having been on the trail for most of 2019. He’s made up for it by buying time — literally. He immediately launched a historic $37 million ad buy.Bloomberg plans to skip the traditional four-state blitz most presidential candidates are accustomed to — Iowa, New Hampshire, South Carolina and Nevada — and instead focus his efforts on the Super Tuesday states, and beyond. Mississippi’s primary comes exactly one week after Super Tuesday on March 10, 2020.It’s not Bloomberg’s first time in Jackson. He came in November 2018 to announce a $1 million award to raise awareness for access to healthy food options through art.He is also not the first 2020 candidate to make a stop there this election cycle. Sen. Elizabeth Warren, D-Mass., visited the Mississippi Delta and held a private town hall earlier this spring. Before dropping out, former Rep. Beto O’Rourke, D-Texas, also came to several Mississippi towns hurt by Immigration and Customs Enforcement raids. Copyright © 2019, ABC Audio. All rights reserved.