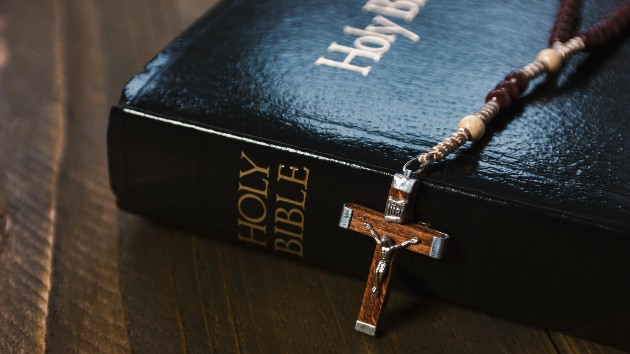 rclassenlayouts/iStock(BUFFALO, N.Y.) — Bishop Richard Malone, the scandal-plagued spiritual leader of the Diocese of Buffalo, has resigned in the wake of widespread criticism of his handling of allegations of sexual abuse and misconduct by local clergy members. His departure, announced via press release by the Vatican on Wednesday morning, follows a report on the troubled diocese authorized by the Holy See and submitted to the Vatican’s Congregation for Bishops in November. “The Holy Father accepted the renunciation of the pastoral government of the diocese of Buffalo (U.S.A.), presented by S.E. Mons. Richard J. Malone,” reads the announcement when translated from from Italian, “and appointed Apostolic Administrator vacant seat of the same diocese S.E. Mons. Edward B. Scharfenberger, Bishop of Albany.” Malone is the first bishop in the 172-year history of the Catholic Diocese of Buffalo to resign from office. In a statement released after the Vatican’s announcement, Malone acknowledged that his position had become untenable but continued to defend his legacy. “Despite the measurable progress we have achieved together, I have concluded after much prayer and discernment that the spiritual welfare of the people of the Diocese of Buffalo will be better served by a new bishop who perhaps is better able to bring about the reconciliation, healing and renewal that is so needed,” Malone said in the statement. “As such, I requested of His Holiness Pope Francis that he permit me to retire early, and he agreed to do so. … It is my honest assessment that I have accomplished as much as I am able to, and that there remain divisions and wounds that I am unable to bind and heal.” He insisted that while he “was made aware of the general conclusions of the report” to the Vatican, “my decision to retire early was made freely and voluntarily.”Scharfenberger will take over the diocese immediately as a temporary administrator while the Vatican searches for a permanent replacement. The Diocese of Buffalo has been in a state of crisis since last year, when Siobhan O’Connor, Malone’s former personal secretary, leaked internal church documents to investigative reporter Charlie Specht from ABC’s local station WKBW-TV, sparking months of reporting about whether there had been efforts to conceal the extent of the problem from the public. In an interview with ABC News that aired as a special edition of Nightline in July, Malone defended his leadership, including his decision to allow Fr. Dennis Riter, a local pastor who has faced multiple allegations of sexual abuse of children, to return to ministry after a lawyer hired by the church to investigate the matter concluded the allegations had “no merit.” “I feel that in the almost 20 years I have been a bishop, I’ve tried hard to be a good shepherd,” Malone told ABC News, arguing that he had “inherited a decades old horrific problem of abuse.” But the crisis only deepened in September with the emergence of secret audio recordings, made by Malone’s then-secretary and diocesan vice chancellor Fr. Ryszard Biernat and obtained by both WKBW and ABC News. The recordings suggest Malone sought to conceal allegations that an active priest had sexually harassed a then-seminarian, even though Malone can be heard on the tapes describing the accused priest as “a sick puppy” and calling his alleged penchant for manipulation and retaliation “dangerous.” Despite the ensuing public outrage and growing calls for his ouster from both religious and civic leaders, Malone initially appeared steadfast in his refusal to resign, suggesting the absence of action from the Vatican constituted an implicit endorsement of his leadership. “They say the pope frequently picks up the phone and calls people around the world, but I have not been the recipient of one of these calls,” Malone said during an emergency briefing with a hand-picked group of reporters following the publication of the recordings. “I’ve had no communications from the pope at all.” “I know for sure they’re not unaware of all the news around here,” he continued. “But so far apparently I like to think they are trusting in my goodwill and my intention and my capacity working with other people to lead us further.” That changed in October, when the Apostolic Nunciature in Washington, D.C., the Vatican’s U.S. representative, announced that its office had authorized Bishop Nicholas DiMarzio of the Diocese of Brooklyn to conduct an “Apostolic Visitation,” described as “a fact-finding mission which reports directly to the Holy See … to evaluate situations in dioceses.” Following the announcement of Malone’s resignation on Wednesday, DiMarzio released a statement on his review, saying that his team spoke with “more than 80 people over a period of several weeks” but giving no indication of whether or when its conclusions might be made public. “What I found are many deeply devoted Catholics who love their Church,” DiMarzio said in a statement. “I pray this moment of suffering and pain will lead to a birth of new faith. With the appointment of the Most Reverend Edward Scharfenberger, Bishop of Albany, to oversee the Buffalo Diocese, I am confident that Buffalo Catholics are in good hands. I hope that now Catholics in Buffalo can begin the process of moving forward, healing, and helping the diocese in all of its ministries.”Copyright © 2019, ABC Audio. All rights reserved.