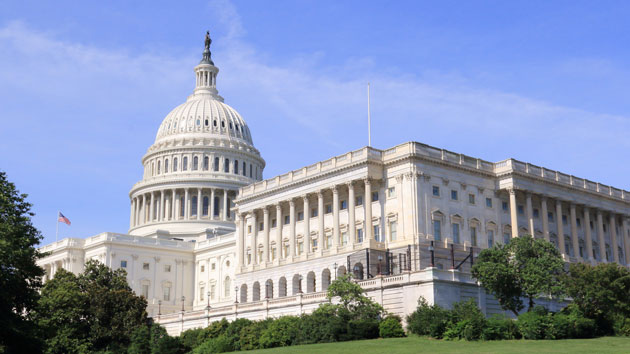 iStock(WASHINGTON) — For the first time in decades, the House of Representatives is shining a light on making cosmetics safer.On Wednesday, the Subcommittee on Health of the Committee on Energy and Commerce held a hearing entitled “Building Consumer Confidence by Empowering FDA to Improve Cosmetic Safety.”The hearing focused on legislation being introduced to help protect cosmetics users, including the Safe Cosmetics and Personal Care Products Act of 2019 and the Cosmetic Safety Enhancement Act of 2019.”Consumers today assume that the cosmetic products they purchase are safe and appropriately regulated, but unfortunately that isn’t always the case,” Rep. Frank Pallone Jr., D-N.J., the chairman of the Energy and Commerce Committee, said in his opening statement. “The truth is that Congress has not updated FDA’s authority to regulate the multi-billion-dollar cosmetic industry in over 80 years.”M. Isabelle Chaudry, a senior policy manager of the National Women’s Health Network, explained in her testimony the issue at hand.”There are several critical issues and loopholes in federal cosmetic regulation that allow manufacturers to use dangerous ingredients in their products and evade full disclosure of the chemicals contained in those products, and then sell those products to the American public, all of which puts consumers’ health at risk,” Chaudry said.She highlighted the importance of understanding the safety of ingredients in cosmetics to the overall health of users, as they can significantly impact their long-term health and potentially create a risk for infertility in women and girls.On average, women use 12 products a day containing a total of 168 unique ingredients, while men use six products daily with 85 unique ingredients, according to an Environmental Working Group. However, almost none are tested for safety.In 2011, the National Toxicology Program at the Department of Health and Human Services declared formaldehyde a known human carcinogen that has been found to cause cancer of the lymphatic system, head, nose and neck, as demonstrated by animal and human studies. Yet, nearly one-fifth of cosmetic products contain this potentially harmful ingredient in product formulations, according to the Food and Drug Administration.Additionally, other risky ingredients such as phthalates and parabens, were banned from hand soaps by the FDA in 2016 because of their potential to be linked to cancer, impaired reproductive ability and compromised neurodevelopment in children, according to a 2017 Scientific American article. But they are still often found in cosmetics such as makeup, hair and moisturizers, according to the same report.Chaudry also shed light on how women of color are disproportionately affected by environmental chemical exposures.”Black women and women of color are particularly at risk because the cosmetic and personal care products marketed and sold to them often contain the most harmful ingredients,” she said.According to the Environmental Working Group Skin Deep Cosmetics Database, a free online resource for finding less-hazardous alternatives to personal care products, an analysis of ingredients in 1,177 beauty and personal care products marketed to black women found about one in 12 was ranked as “highly hazardous.”Beautycounter founder and CEO Gregg Renfrew, who also testified at Wednesday’s hearing, spoke on behalf of her community of advocates.”I am one person, but I represent the many who have been fighting hard for cosmetic reform,” she wrote in an Instagram caption. “It is time. Congress has the opportunity to act to help us fulfill our mission of getting safer products into the hands of everyone.”Renfrew also pointed out in another post, that the U.S. has not passed a major federal law governing the cosmetics industry since 1938.”I knew this effort would require the education of our lawmakers by a movement of people committed to transparency and consumer safety,” she wrote.”By amplifying our collective voice over the past seven years through calls, texts, and meetings with representatives, it’s clear that we have been heard.”Copyright © 2019, ABC Audio. All rights reserved.