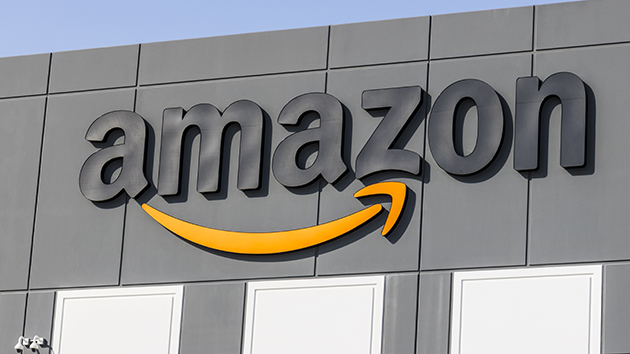 jetcityimage/iStock(NEW YORK) — Amazon places the blame directly on President Donald Trump for why it was passed over for a $10 billion Pentagon contract, arguing in newly unsealed court documents that Trump used his power to influence the decision as part of his “personal vendetta” against the company and its CEO Jeff Bezos.Trump “used his power to ‘screw Amazon’ out of the JEDI Contract as part of his highly public personal vendetta against Mr. Bezos, Amazon and the Washington Post,” lawyers for Amazon Web Services (AWS), the cloud-computing offshoot of the online retail giant, argued in a complaint with the Court of Federal Claims.Trump frequently criticizes the company and Bezos on Twitter, accusing Amazon of not paying its fair share of taxes and the Bezos-owned Washington Post of covering his administration unfairly.The lucrative Joint Enterprise Defense Infrastructure (JEDI) contract to build cloud computing systems for the Department of Defense has a “ceiling value of $10,000,000,000,” and was awarded to Microsoft in October, the Pentagon announced.Prior to the announcement, AWS was thought by many to be the top choice for the deal. AWS is one of the largest cloud computing platforms in the nation and currently works with the U.S. Central Intelligence Agency.After being passed off for Microsoft, AWS protested this decision in the Court of Federal Claims, arguing in the filing unsealed Monday that the company was not selected due to “improper pressure” from the president.Trump “launched repeated public and behind-the-scenes attacks” to steer the contract away from AWS to and to harm Bezos, “his perceived political enemy,” the court documents allege.Department of Defense spokeswoman Elissa Smith declined to comment on specific claims in the litigation, but said the decision-making process was free of “external influences.””This source selection decision was made by an expert team of career public servants and military officers from across the Department of Defense and in accordance with DOD’s normal source-selection process,” Smith said in a statement to ABC News.”There were no external influences on the source selection decision,” Smith added. “The department is confident in the JEDI award and remains focused on getting this critical capability into the hands of our warfighters as quickly and efficiently as possible.”Defense Secretary Mark Esper also defended the Pentagon’s decision in a news conference last month, saying that the awarding of the contract was “conducted fairly.””I’m confident it was conducted freely and fairly without any type of outside influence,” he told reporters. “I will leave it at that.” Trump had suggested in July that he could intervene in the decision-making process for the contract, saying from the Oval Office, “I’m getting tremendous complaints about the contract with the Pentagon and with Amazon” and “Great companies that are complaining about it, so we’re going to take a look at it. We’ll take a strong look at it.”His comments led Republican lawmakers in the House Armed Services Committee to send a letter in July warning Trump against intervening. Copyright © 2019, ABC Audio. All rights reserved.