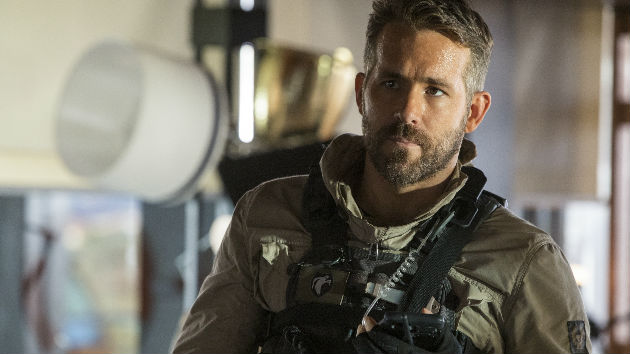 On Monday, he dropped today’s final trailer for his hard-hitting Michael Bay-directed action flick 6 Underground — just days after he released a trailer for his July movie Free Guy, and a spoof ad featuring the “wife” from that much-critizied Peloton ad.

In Reynolds’ ad, created by his spirits brand Aviation Gin, “The Peloton Girl,” whose real name is Monica Ruiz, is shown in staring right into the camera, after it appears she’s just told her friends about her controversial Christmas gift.

Her supportive friends, who are sitting with her at a bar behind matching Aviation gin martinis, look stunned. Ruiz then continues, “This gin is really smooth,” and then toasts, “To new beginnings.” She downs her entire drink, and the implication is that Ruiz is divorcing her insensitive Peloton-purchasing husband.

In the Free Guy trailer, Ryan breaks the fourth wall, as he and his fellow cast members talk about the action comedy, in which his character, Guy, discovers he’s actually a non-player-character in a Grand Theft Auto-like video game.

But the trailer then turns into a spoof of a Home Shopping Network segment, with Reynolds starting to hawk shirt, nametag, and the “Little Guy Guy” action figure, inviting viewers to call 1-906-Free-Guy.

“We’re owned by Disney now,” he whispers to his 20th Century Fox film co-stars, “We have to up our merchandising game.”

Call the number and you hear Reynolds himself saying everything’s sold out, noting, “We weren’t really expecting anyone to call.”