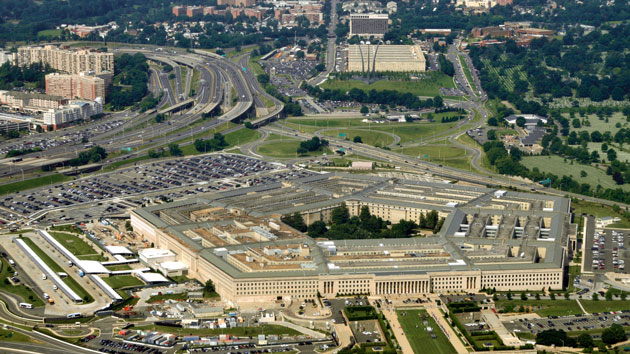 iStock(WASHINGTON) — Probe continues into deadly shootings at Pensacola naval baseInvestigators are retracing the steps of the Saudi Air Force lieutenant who opened fire at the base, killing sailors Cameron Walters, Mohammed Haitham and Joshua Kaleb Watson.Defense Secretary Mark Esper has ordered a formal review of the vetting process for international military students who train on U.S. bases in the wake of last week’s shooting rampage by a Saudi student that killed three and wounded eight others. Following an earlier order Tuesday by the Navy to suspended flight training for more than 300 Saudi military flight students, all Saudi students at U.S. military installations will be limited to classroom instruction only — nothing operational — during this formal, 10-day review.That pause impacts 852 Saudi students from across different bases and military services, a Pentagon spokesperson told ABC News.No end date was assigned to what the Navy described as a “safety stand-down and operational pause” for the Saudi students though they will resume classroom instruction later this week.”A safety stand-down and operational pause commenced Monday for Saudi Arabian aviation students at NAS Pensacola and NAS Whiting Field and NAS Mayport, Florida,” said Lt. Commander Megan Isaac, a Navy spokesperson. “Classroom training is expected to resume this week for those students.”Until further notice the move will impact 303 flight students at the three Navy bases in Florida participating in the Navy’s flight instruction programs.The Navy’s operational pause affects 175 Saudi students based at Pensacola and Whiting Field naval air stations, in the Pensacola area, and 128 Saudi students at Naval Station Mayport, near Jacksonville, Florida.There are a total of 272 international military students at NAS Pensacola from a variety of countries. According to the Defense Department there are currently 5,181 foreign students from 153 countries in the United States for DOD-led security cooperation related training across all of the military services.The operational pause in flight training will not apply to students from countries other than Saudi Arabia.It is unclear if the request for the stand-down in flight training originated within the Navy, was requested by federal law enforcement or the government of Saudi Arabia.Typically the military services will call safety stand-downs and operational pauses in the wake of military aircraft crashes or disturbing trends in the force.Last Friday, Saudi Air Force 2nd Lt. Mohammed Alshamrani, a flight student at NAS Pensacola, used a handgun to shoot at fellow students in a classroom building at the base.Three U.S. Navy sailors were killed in the shooting and eight other individuals were wounded by the gunfire. Alshamrani was killed in a firefight with local law enforcement officers who had responded to the scene.Killed in the shooting were Airman Mohammed Sameh Haitham, 19, of St. Petersburg, Florida; Airman Apprentice Cameron Scott Walters, 21, of Richmond Hill, Georgia; and Ensign Joshua Kaleb Watson, 23, from Enterprise, Alabama.The FBI is leading the investigation into the shooting and among other things continues to investigate whether Alshamrani acted alone or was part of a larger terror plot.Esper said that the Pentagon is working closely with the Saudi government in its response to this incident. The memo to Pentagon leadership on Tuesday stressed the importance of the long-standing military education and training with Saudi Arabia, adding that the Defense Department has trained 28,000 Saudi students over the life of the bilateral security cooperation relationship “without serious incident.”Esper called Saudi “an essential partner” and said the US will continue to work with the country to reinforce defense cooperation, increase military investment, and advance America’s interests.”The secretary has placed a very high priority on this,” the senior official said of the review. Copyright © 2019, ABC Audio. All rights reserved.