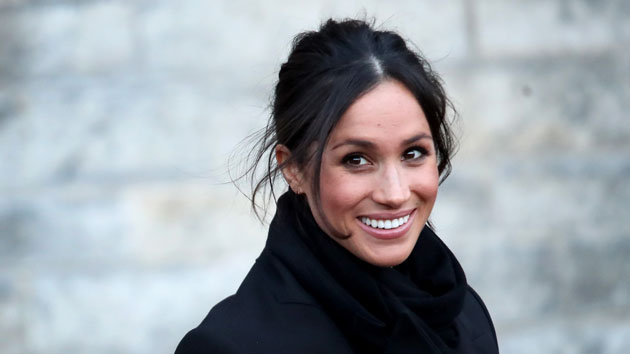 Chris Jackson(NEW YORK) — Fashion designer Misha Nonoo is a force to be reckoned with in the fashion industry, bringing bold new ideas to manufacturing and collaborating with the Duchess of Sussex Meghan Markle on a philanthropic campaign.Nonoo grew up in Bahrain and London and spent a few years studying in Paris, before she moved to New York City in 2009 and took a job with a small tailoring shop in the Garment District.”When I moved here it was kind of around the financial crisis, it was 10 years ago, and it was really difficult to get a visa, cause of course I’m not an American citizen so I took a job with basically the only company that would sponsor me,” Nonoo told ABC News’ Rebecca Jarvis on an episode of “No Limits with Rebecca Jarvis.”While learning how to source fabrics, make patterns and understand the production side of fashion, she spent her spare time creating jackets and coats for herself.

“I happened to on the side, two years later, make eight jackets and coats for myself and I didn’t really have any business plan but I guess maybe I was thinking about how I could commercialize it,” Nonoo said.While out at brunch with a group of her girlfriends, a stranger spotted Nonoo’s jacket and asked where she got it. Little did Nonoo know that the stranger happened to be a senior buyer at Intermix and after learning that Nonoo had made the jacket herself, offered for her to come to their office for a meeting.”Five days later I walked out of her office with a purchase order for $150,000 not having a business incorporated, not having any plan of how I was going to deliver this product in six to twelve weeks time,” Nonoo said.Nonoo has since gone on to be a CFDA/Vogue Fashion Fund Finalist in 2013, having to present in front of fashion icons Anna Wintour and Diane von Furstenberg. She has also been named to Forbes’ “30 Under 30” and Crain’s New York Business’ “40 Under 40″, and disrupted the industry when she held the first ever runway fashion show on Instagram in 2015, showing off her Spring/Summer 2016 collection exclusively on the platform and creating a way for brands to show off their products to a broader audience.”People were afraid to take risks and many people still are, and I think that that is really a big part of what makes you an entrepreneur is when you are willing to put yourself out there and take risks publicly,” Nonoo said.Speaking of taking risks, Nonoo was not interested in using traditional manufacturing methods for her products, but instead sought to create her products piece by piece through manufacturing on demand, giving customers a more unique shopping experience and promoting sustainability by reducing waste of extra products.In an industry that is encompassed by fast fashion, Nonoo struggled to find a manufacturer domestically or internationally that would partake in her vision of made to order products. After searching coast to coast, Nonoo landed on a small female-owned factory in between Hong Kong and Shenzhen that was willing to take the risk.”I think that if you knock on enough doors you’ll get a break and you’ll get an opportunity, but it does take a lot of tenacity,” Nonoo said.One of Nonoo’s best-selling products is the “husband shirt” which took her four months to create because of the level of detail she paid to the fit and the stud details. The shirt has been seen on a variety of celebrities including the Duchess of Sussex Meghan Markle, a friend of Nonoo’s.The pair recently collaborated on a project alongside British designers John Lewis & Partners, Marks & Spencer and Jigsaw, for the UK based philanthropy Smart Works, which provides high quality interview clothes and interview training to unemployed women in need.In Sept. 2019 it was announced that the four retailers alongside the Duchess would create Smart Sets, a working wardrobe for their clients, including a white shirt, blazer, trousers, a dress and a tote bag, with Nonoo in charge of designing the white shirt.”She really entrusted me with the responsibility of designing the piece,” Nonoo said. “When I showed her what I was thinking we had a little bit of a conversation about what other items might be worn with, the fact that it should be tailored, where this woman was going and when I showed her the idea that I had she was like sounds great,” Nonoo recalled of the design process with the Duchess.For every set that Smart Works sells, one set is donated to a woman looking to get back into the workplace.”The thing that I love the most about this business is empowering women, equipping women with clothes that are going to take them in any direction that they want to go, and that’s always what I want for myself.”Hear more from Misha Nonoo on episode #141 of “No Limits with Rebecca Jarvis.” Copyright © 2019, ABC Audio. All rights reserved.