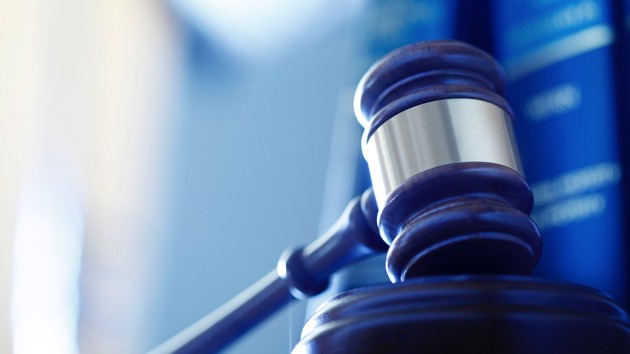 DNY59/iStock(WASHINGTON) — Federal prosecutors told a federal judge on Tuesday that they don’t oppose a defense request that Rick Gates, Donald Trump’s former deputy campaign manager, be sentenced to probation only, following his cooperation in multiple cases, despite his having plead guilty to two felonies.Prosecutors recommended to Judge Amy Berman Jackson in court papers that Gates have ” a significant downward departure from Gates’ [advisory sentencing guidelines] range based on his substantial assistance” in cases stemming from former special counsel Robert Mueller’s investigation into 2016 U.S. presidential election interference.The prosecution also requested the court require “Gates’ continued cooperation a condition of his sentence.”Jackson is scheduled to sentence Gates next Tuesday.In court papers filed late Monday, Gates’ attorneys argued their client should be sentenced to probation with no incarceration and no additional fines, citing the sweeping extent of their client’s cooperation with authorities. According to Gates’ lawyers, Gates was one of the most important witnesses in Mueller’s probe into Russian election interference, and sat with state and federal government investigators for over 500 hours in addition to testifying in three cases associated with the special counsel’s investigation.The special counsel’s office charged Gates and his former business partner, President Donald Trump’s former campaign chairman Paul Manafort, in 2017 with crimes including lying to the government about his foreign lobbying work in Ukraine, tax evasion and money laundering. Gates subsequently struck a plea deal with Mueller prosecutors in late February 2018, pleading guilty to two felony counts: conspiracy against the U.S. and lying to federal authorities about a laundry list of items related to the work he and Manafort did in Ukraine.According to the government’s sentencing memo, information provided by Gates has been used in more than a dozen search warrants, and included Gates providing truthful and valuable information in “a number of different ongoing matters.”Prosecutors also wrote that Gates provided information relevant to the court’s determination that Manafort breached his cooperation agreement.Gates testified against Manafort during his jury trial in Virginia in August 2018. Manafort is serving jail time after being found guilty of eight counts of financial crimes as part of the first major prosecution won by Mueller’s office.In August, Gates testified at the trial of former Obama White House counsel Greg Craig, who was accused of lying to the government about his foreign lobbying work in Ukraine. Craig was ultimately acquitted.The final leg of Gates’ cooperation deal was to testify as a government witness in longtime Trump confidant and one-time campaign aide Roger Stone’s trial last month. Stone was indicted in January on seven counts brought against him by Mueller’s team including obstructing an official proceeding, five counts of lying to Congress, and one count of witness tampering. In the indictment, the special counsel’s office described Stone as a conduit between the Trump campaign and Wikileaks, which disseminated internal Democratic National Committee emails in the summer of 2016.Gates testified during Stone’s trial that the Trump campaign had a keen interest in the anticipated release of stolen emails from Hillary Clinton and the Democratic Party prior to the 2016 election, and that he was in touch with Stone about Wikileaks.Gates said then-campaign chairman Manafort instructed him to keep in touch with Stone “from time to time” and report back on the status of WikiLeaks’ releases. According to Gates, Manafort said he would then pass along that information to campaign officials and “the candidate himself,” referring to Trump. Gates also testified in late July of 2016, after WikiLeaks released information about Clinton, he overheard a conversation between Stone and then-candidate Trump. After the phone call, Gates said Trump “indicated that more information would be coming.”Stone, who had pleaded not guilty, was found guilty on all charges on Nov. 15. His sentencing is scheduled for early February.Copyright © 2019, ABC Audio. All rights reserved.