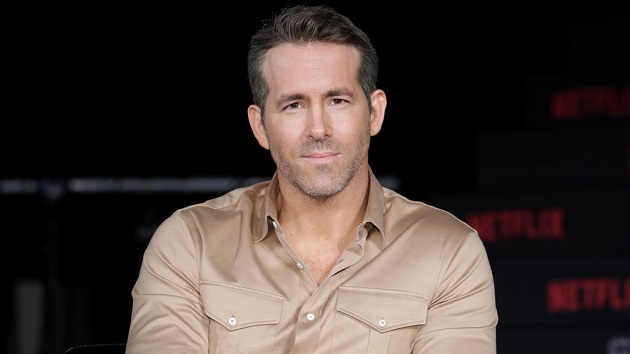 Han Myung-Gu/WireImage(SAO PAULO) — Ryan Reynolds demonstrated his superhero-like reflexes when a barricade collapsed at a con in Brazil over the weekend.

Brazilian media Terra Entretenimento posted video of the horrifying accident to their Twitter, which happened when Reynolds was meeting hundreds of screaming fans at Comic Con Experience in São Paulo.   Unfortunately, the barrier separating him and the sea of fans gave way, sending a wave of people crashing to the ground while the Deadpool actor leaped backwards onto the stage, narrowly escaping injury.

Most of the fallen appeared unfazed with some even rolling to their knees to keep filming the actor.  Event workers then quickly rushed to check the actor and the crowd for injuries.

One CCXP con goer named Juliana caught the incident from a different angle and posted it to her Twitter, which shows Reynolds jumping off the stage as the crowd swells to get as close to him as possible.  After the barrier incident, Reynolds jumps back off the stage, which causes the audience to start screaming and crowding him again.

The 43-year-old is then quickly ushered back onto the stage by staff members so the crew could fix the fallen structure.

CCXP, which welcomed 280,000 fans over the weekend, issued a press release stating that the barrier failed because too many fans rushed it at once.

As for Reynolds?  He told Entertainment Tonight, “All I was worried about were the people that were — what you could tell is that they were falling, like, ‘Oh, they’re gonna be fine,’ and it’s like, ‘Oh, but that leg is gonna go,’ so I jumped out. But it was, yeah, everyone was fine.”

He then joked that his wife, Blake Lively, tasked him to come home “in one piece,” to which he laughed “So that was my only job.”