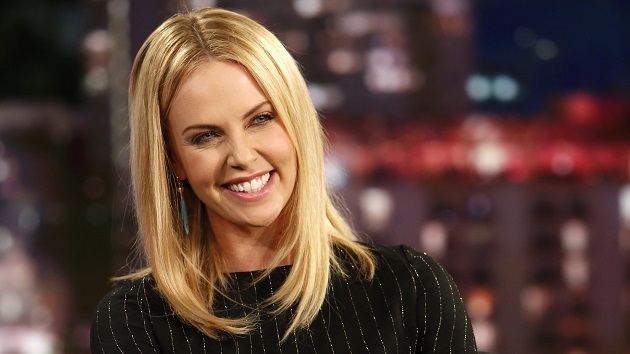 ABC/Randy Holmes(NEW YORK) — Good news: Charlize Theron has been nominated for a SAG Award for her work in Bombshell.  Bad news: she found out while she was wearing just a bathrobe.

While that doesn’t sound that particularly bad, the issue is that her reaction was caught entirely on camera.  A friend of hers was recording as the list of nominees was announced on Wednesday.

When the 44-year-old learned Bombshell is up for the Outstanding Performance by a Cast award, she couldn’t hold back her excitement.  Theron started jumping excitedly on her bed, only to flash everyone in the room.

The video, which she posted to Instagram, does censor out that particular part of her victory dance.  The video then picks back up as the actress sheepishly adjusts her robe while her friends laugh hysterically.

“Whoops. Got a bit too excited about the #SAGAwards nomination for our #BombshellMovie cast,” Wrote Theron.  “CONGRATS ALL YOU BEAUTIFUL HUMANS!!! So grateful to have gone on this journey with you all.”

Theron’s friends and fellow cast members were quick to joke about her mishap in the comment section. Co-star Nicole Kidman laughed “The best reaction ever! Love you,” while Aaron Paul wrote, “Yeah girl!!!” and included three bomb emojis.