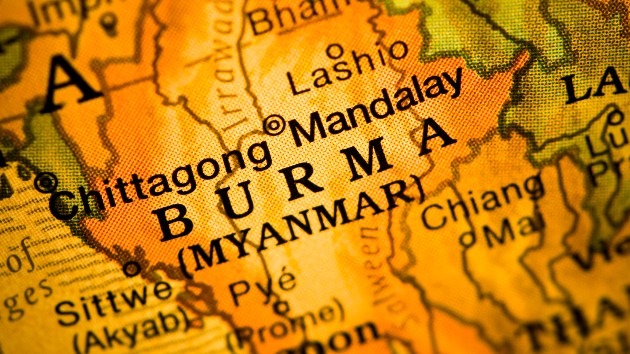 RonTech2000/iStock(NEW YORK) — The Nobel Peace Prize-winning leader of Myanmar defended her government from accusations of genocide against the Rohingya community at the United Nation’s top court on Wednesday, calling the allegations “misleading.”Addressing the International Court of Justice at the Peace Palace in the Netherlands, Aung San Suu Kyi listened as lawyers recounted claims of mass murder, rape and torture of Myanmar’s Muslim minority, the Rohingya. When Suu Kyi took the microphone, she vehemently defended her government against accusations of genocide. “The situation in Rakhine state is complex and not easy to fathom,” she told a panel of 17 ICJ judges, referring to the region where the crackdown by Myanmar’s military has been centered. “Surely, under the circumstances, genocidal intent cannot be the only hypothesis.”In November, the small West African country of Gambia filed a lawsuit on behalf of the Organization of Islamic Cooperation, a coalition of countries with significant Muslim populations, requesting the ICJ to investigate whether Myanmar’s government has violated the Geneva Convention.Suu Kyi accused Gambia of giving an “incomplete and misleading factual picture” of the situation in Rakhine state.Nevertheless, Suu Kyi acknowledged that “disproportionate force” by Myanmar’s military during the conflict could not be ruled out, but said Myanmar’s own investigations would be adequate.”Under its 2008 constitution, Myanmar has a military justice system and criminal cases against soldiers or officers for possible war crimes committed in Rakhine must be investigated and prosecuted by that system,” she said. “There will be no tolerance of human rights violations in the Rakhine, or elsewhere in Myanmar.”The leader, who was given the Nobel Peace Prize in 1991, has faced intense criticism over her silence on the killings in Rakhine.Hundreds of thousands of Rohingya, a Muslim ethnic minority, have fled Myanmar, many to Bangladesh, since a campaign by the country’s military to push them out and raze their villages began in August 2017. As recently as late October, the United Nations said in a report that the persecution “continues unabated in defiance of the international community. The treatment of some 600,000 Rohingya remaining in Rakhine State is largely unchanged.”A U.N. fact-finding mission in 2018 found human rights violations that were “principally committed by the Myanmar security forces,” and recommended that they “be investigated and prosecuted in an international criminal tribunal for genocide, crimes against humanity and war crimes.”The weeklong ICJ hearing could lead to protections for Rohingya who remain in Myanmar, but the court doesn’t hold enforcement powers and is instead used to settle legal disputes and give advisory opinions.The United States imposed sanctions Tuesday on four Myanmar military leaders, including the commander-in-chief, for the alleged human rights abuses against the Rohingya and other minorities.The sanctions issued Tuesday were implemented under the Global Magnitsky Human Rights Accountability Act, which freeze any U.S. assets held by those sanctioned and stops Americans from conducting financial transactions with them. Copyright © 2019, ABC Audio. All rights reserved.

Egypt will seek to recover antiquities seized from The Met in New York, official says