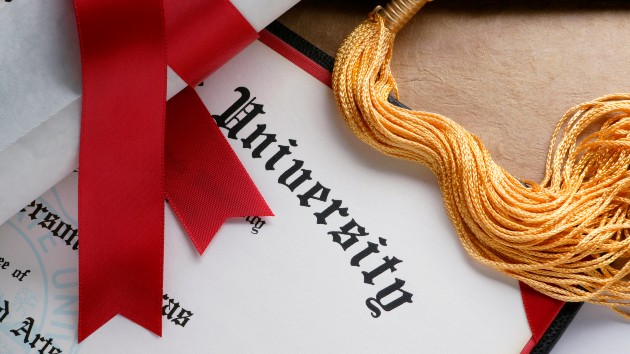 DNY59/iStock(NEW YORK) — A Belgian boy who was on track to become the youngest person to graduate from college has dropped out, leaving his parents and school administrators quarreling over who is to blame.Laurent Simons, 9, gained worldwide attention after finishing high school in just a year and enrolling at Eindhoven University of Technology in the Netherlands in March 2018. Laurent and his parents chose the school after learning that a special committee would be formed to help him finish the three-year electrical programming in just 10 months, his father, Alexander Simons, told ABC News in a telephone interview Wednesday.He was set to finish the program on Dec. 26, when he turned 10, effectively making history. The current record holder is American Michael Kearney, who graduated in June 1994 at the age of 10 years 4 months, according to the Guinness Book of World Records.But when the family decided he would go to the United States for further studies after graduation and not Eindhoven, Simons said the school veered off course.”We saw a change in the behavior after Laurent dropped the news to the university,” Simons said.In an email shared with ABC News from Nov. 17, the organizer of the boy’s studies wrote to the examination committee at Eindhoven that there was “a realistic chance that Laurent can finish his program in 2019.”But in a meeting with the dean and Laurent’s mentor on Monday, the three were allegedly told that Laurent wouldn’t be able to graduate in the 10 months they were promised, but instead it would take another six to eight months.”It doesn’t make sense,” Simons said. “All of a sudden, in a few weeks, everything changes.”Ivo Jongsma, a spokesman for the university, told ABC News that Simons “never made it a secret that he wanted his son to do a Ph.D. in the U.S., so in our perception there was no change of plan.”He said even if there had been a change, “it would not have changed our attitude.”Eindhoven defended its position not to let Laurent finish his studies by Dec. 26 in a statement to ABC News.The university deemed the timetable “not feasible and would be unfavorable to Laurent’s academic development.”Instead, school officials proposed an agenda that would allow him to finish his courses and graduate by mid-2020.”In our view, this timeline would offer Laurent the opportunity to sufficiently develop the skills associated with the final phase of the study program, such as insight, creativity and critical analysis, without undue pressure on this 9-year-old student,” the statement said.Laurent’s father, though, wasn’t convinced.”Do they think we are idiots?” Simons said.He said if the school had initially told the family it would take three years, it wouldn’t have mattered to them.”But this is not OK,” according to Simons. “It’s your university, do whatever you like, but it’s also Laurent’s life and it’s his decision to stay here or not.”As for Laurent, he was both heartbroken and angry after hearing the news.The plans to head for the United States are still in place, according to Simons, and the family is working on getting certifications from the university to prove that he passed his classes.Simons would not say what universities in the U.S. they were looking at for Ph.D. programs but they have been in touch with some who have offered support.”Sometimes you win some, sometimes you lose some,” Simons said, noting that he believes his son has a “great future ahead” no matter what.”We also believe in karma,” he quickly added.Copyright © 2019, ABC Audio. All rights reserved.

As queen consort, Camilla steps into role as matriarch of royal family