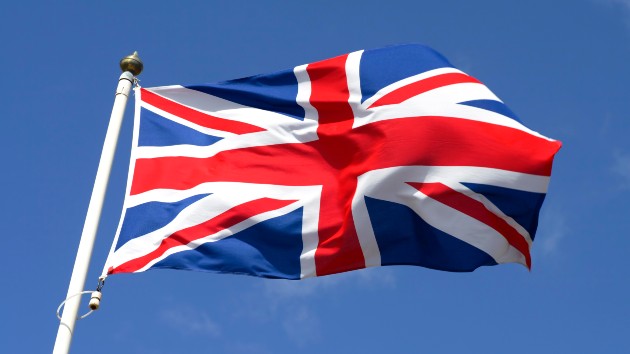 Ramberg/iStock(LONDON) — Boris Johnson’s Conservative Party has won a huge victory in U.K.’s closely watched general election.Britain went to the polls for the third time in five years Thursday to determine who the public wants to resolve the stalemate over Brexit.While early polling suggested the Conservatives would win a narrow majority, in the end the result was decisive.With just one seat left to declare, the Conservative Party won 364 seats, with a majority of 78, in the largest majority they have secured since 1987, when Margaret Thatcher was prime minister.The opposition Labour Party meanwhile only won 203 seats — their worst electoral performance since 1935.The victory is a clear vindication for Brexit-champion Boris Johnson, who would remain as prime minister.Polling booths in the historic election opened at 7 a.m. local time and closed at 10 p.m., which is five hours ahead of Eastern Standard Time in the United States.Johnson, the prime minister and leader of the Conservative Party, called the election to secure the majority he needs to get his Brexit deal through Parliament. His primary opponent, Jeremy Corbyn, the leader of the opposition Labour Party, said he would hold a second referendum on Brexit if his party came into power.President Donald Trump heaped praise on Johnson after it became clear the Conservatives had won a majority, talking up the prospect of a free trade deal between the U.S. and the U.K.”Congratulations to Boris Johnson on his great WIN!” Trump tweeted. “Britain and the United States will now be free to strike a massive new Trade Deal after BREXIT. This deal has the potential to be far bigger and more lucrative than any deal that could be made with the E.U. Celebrate Boris!”Trump’s 2020 rival Joe Biden, meanwhile, suggested that Johnson’s victory could be a warning to progressives within the Democratic Party, going as far as to say the U.K. prime minister was “kind of a physical and emotional clone of the president.””Look what happens when the Labour Party moves so, so far to the left,” Biden said at a fundraiser in California. “It comes up with ideas that are not able to be contained within a rational basis quickly.””You’re also going to see people saying, my god, Boris Johnson, who is kind of a physical and emotional clone of the president, is able to win,” Biden said.The election was hailed on all political sides as the “most important vote in a generation.”Both Johnson and Corbyn were seen casting their votes in their local constituencies Thursday morning.At the last general election in 2017, Theresa May, the prime minister at the time, lost the Conservatives’ governing majority, which ultimately shot down her attempts to get her Brexit deal through Parliament. After she resigned, Johnson replaced her this summer with the promise to secure Brexit by the Oct. 31 deadline.He was ultimately forced by opposition parties, and rebel MPs in his own ranks, to request an extension to the deadline and call an election.Johnson hailed the election victory as a “powerful mandate to get Brexit done.””That gives us now in this new government the chance to respect the democratic will of the British people, to change this country for the better, and to unleash the potential of the entire people of this country,” he said. “And that is what we will now do.”Corbyn, meanwhile, announced he would not be leading the Labour Party in the next general election after the significant defeat.”I want to also make it clear that I will not lead the party in any future general election campaign,” Corbyn said. “I will discuss with our party to ensure there is a process now of reflection on this result and on the policies that the party will take going forward. And I will lead the party during that period to ensure that discussion takes place and we move on into the future.”The election campaign has been marred by accusations that misinformation has been peddled by all sides on the political spectrum, and claims that Johnson has avoided scrutiny of his policy. In one key instance, the Conservative Campaign Headquarters’ Twitter account (@CCHQPress), changed its name to “factcheckUK” during a leaders’ debate between Johnson and Corbyn. Copyright © 2019, ABC Audio. All rights reserved.