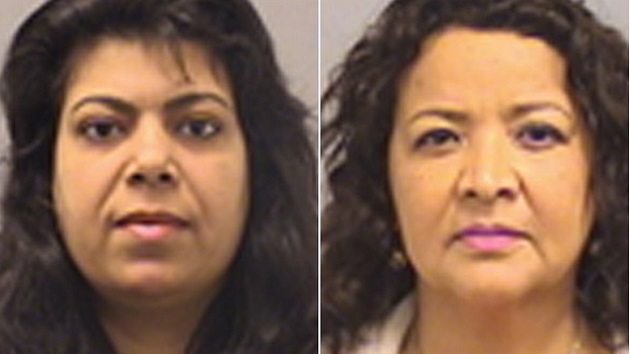 Fairfax County Police Department(VIENNA, Virginia) — Several school employees in northern Virginia’s Fairfax County are facing charges after a police investigation revealed that six non-verbal children with intellectual disabilities had been assaulted.Detectives believe the children were assaulted at Freedom Hill Elementary School in the town of Vienna, 11 miles east of Arlington, between April and September by Fairfax County Public Schools staff who provided direct instruction and support to special needs students. The alleged abuse ranged from assault and battery to cruelty and injuries to the children, according to a press release from the Fairfax County Police Department.The police investigation began in September when a concerned teacher noticed bruising on one of the students and contacted the school administration as well as Child Protective Services.Evidence was presented on Monday to a grand jury who indicted three current and former Fairfax County Public Schools employees, who police say were either involved in the assaults or had knowledge they were taking place and did not report them.Cylmeera Gastav, 48, of Herndon, Virginia, was charged with one felony count of cruelty and injuries to children and three misdemeanor counts of assault and battery. Cecilia Maria Benavides, 59, of Alexandria, Virginia, was charged with one felony count of cruelty and injuries to children and 12 counts of misdemeanor assault and battery, according to police.The previous principal of Freedom Hill Elementary School — Scott Bloom, 39, of Reston Virginia — was charged with failure to report after detectives learned that complaints of suspected abuse toward students were brought to Bloom’s attention during his tenure in the 2018-2019 school year but he didn’t flag them to Child Protective Services or police, as required by law.The school’s current principal and administration reported the concerns immediately, and the Fairfax County Public Schools administration and security have been fully cooperative with the entire investigation, police said.Fairfax County Public Schools superintendent Scott Brabrand said two of the individuals facing charges are no longer working for the school district, while the third is on leave.”We are saddened and distressed by these allegations involving our employees,” Brabrand said in a letter to Freedom Hill Elementary School parents on Monday. “I want to apologize to the students and families impacted by these events. There is no greater responsibility of a school system than the safety and well-being of our students and, as a result of these incidents, we have learned that we need to do more. Our teachers and staff have been trained in best practices and legal requirements regarding mandated reporting of suspected abuse. We are in the process of updating the policy and regulation that covers the procedures for reporting cases of suspected child abuse or neglect to ensure that all of us understand our reporting obligations.”Fairfax County Public Schools chief operating officer Marty Smith said the school district “was first made aware of the allegations in September and took immediate steps to address the situation.””Staff members that were identified were immediately removed from the school and placed on leave for the duration of the investigation,” Smith said in a statement Monday. “Our human resources team immediately began an administrative investigation concurrently with the criminal investigation. Experienced special education teachers were assigned to the classroom to replace those on leave and to provide support and instruction to the students. Families were contacted regarding the staffing changes and additional supports will continue to be available for students and staff.”Smith called the allegations “disturbing.””We are deeply saddened by this situation and resolve to do all we can to support our students, their families and others who have been impacted by these events,” he added. “We encourage all students, volunteers and community members who have knowledge or information about possible concerns at other schools, to come forward and share them with police or trusted adults as soon as possible.” Copyright © 2019, ABC Audio. All rights reserved.