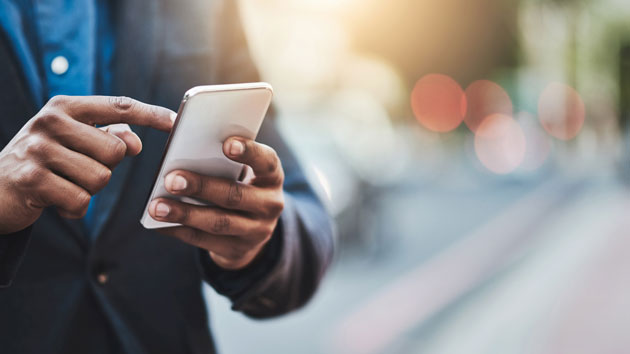 iStock(CINCINNATI) — Authorities near Cincinnati are warning residents about a fake kidnapping scam circulating through the area.At least two incidents of the scam have been reported this week to the Boone County Sheriff’s Office in Kentucky, about 20 miles southwest of Cincinnati, officials said.The scam involves a phone call from a random number that, when answered, features the voice of a panicked child saying “They have me” and “I’m in a white van,” according to the sheriff’s office.During one of the phone calls, the purported kidnapper told a father, “If you want to see your daughter again, follow my instructions.” When the father disconnected the call, he called his wife, who confirmed that their daughter was safe at school, authorities said.In another phone call, the caller demanded that the mother give “all the money” she had and threatened to kill the child if she hung up on him, according to the sheriff’s office. The mother kept the man on the phone while she met up with deputies, who ensured that the child was at school.The parents who reported the call to authorities described it as “terrifying” and “very realistic,” authorities said.”I heard what sounded like my daughter in distress,” home inspector Jim Kidd told the station. “She even called me ‘Daddy,’ like she does when she’s upset about something. It was very convincing.”A male voice then got on the line and told Kidd that his 27-year-old daughter had been kidnapped.”They said, ‘We want you to know we have your daughter, and do not hang up, because if you hang up we will kill her,"” Kidd said.The man then instructed him to drive to the bank and wire him $1,000 to ensure his daughter’s safety. While keeping the man on the phone, he signaled to the client he was working with to call police and follow him when he went to wire the money, he said.When the officer arrived, he suggested that Kidd try calling his daughter, who turned out to be OK, he said.The Boone County Sheriff’s Office advises parents who become targets of the “virtual kidnapping ransom scam” to take immediate steps to verify the whereabouts of their child and to check social media privacy settings to make sure sensitive information that can be used against them can not be viewed by the public.In September, the FBI’s San Antonio office alerted the public to a recent spike of “virtual kidnapping” extortion calls in the Rio Grande Valley.Calls are often made from an outside area code and that callers go to great lengths to keep people on the phone, according to the FBI.The FBI advised residents to stay calm, avoid sharing information about them or their family and request to speak to the victim directly.Copyright © 2019, ABC Audio. All rights reserved.