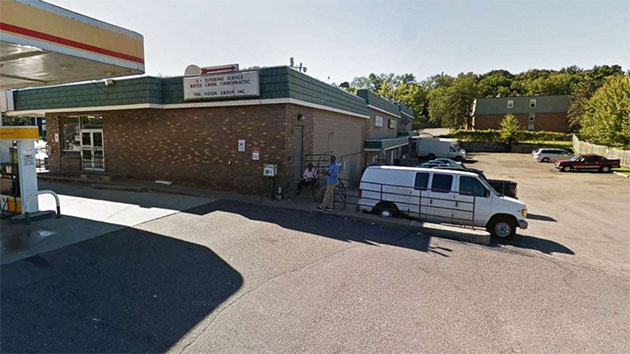 Google Maps Street View(ST. PAUL, Minn.) — Minnesota police are investigating vandalism that occurred at a mosque as a hate crime.A member of Darul Iman Masjid in St. Paul interrupted an attempted burglary in progress when he walked into the mosque Saturday around 7 a.m., Steve Linders, public information officer for the St. Paul Police Department, told ABC News.The suspect was in the process of trying to steal a laptop and other computers but fled without taking anything, Linders said.He caused “significant damage” to the property after rummaging through an office and left some “rambling writings” on a whiteboard, Linders added.The Minnesota chapter of the Council on American-Islamic Relations described the writings as “apparent hate messages” that included the phrase “Merry Xmas” and references to Jesus and God, according to a release from the organization.”Because of the religious references in the graffiti and the damage done to the mosque, we urge law enforcement authorities to investigate a possible bias motive for this incident,” CAIR-MN Executive Director Jaylani Hussein said in a statement. “These types of incidents serve to increase safety concerns for the Minnesota Muslim community.”The suspect caused up to $7,000 in damages, according to CAIR. A trail of broken glass was also found inside the building.Police are investigating the incident as a hate crime due to the writings and because it occurred at a mosque, Linders said. The police department has increased patrol for mosques in the area.No arrests have been made at this time. Copyright © 2019, ABC Radio. All rights reserved.