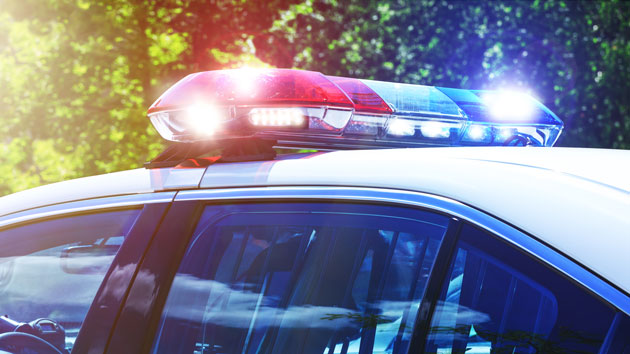 iStock(SONOMA COUNTY, Calif) — A vehicle owner ended up dead after alleged excessive force by police who thought he had stolen his own car. Now, two Sonoma County, California, sheriff’s deputies are on paid administrative leave.The bizarre case began after Sonoma County Sheriff Mark Essick released body camera footage of the incident.”If you watched the body-worn camera closely, you may be concerned by what you saw, so was I,” said Essick in a Dec. 20 video posted on the Sonoma County Police Department’s social media.On Nov. 27, Sonoma County Police Department received a call from the Santa Rosa Police Department regarding the location of a car that was stolen several days before. Deputy Charles Blout and Deputy Jason Little responded to the call.Essick said Little tried to pull over the purportedly stolen car, but the driver took off and led the officers on a five mile pursuit.The body camera footage from Little begins during the first attempted car stop where the driver, David Ward, took responding officers on a 65-mile-per-hour chase to Sutton and Hillview Streets — a dead end.Little narrated his entire pursuit to the dispatcher, the video shows.Unbeknownst to the responding deputies, 52-year-old Ward was also the owner of the reported stolen vehicle and the victim of the carjacking where he was pistol-whipped.”Mr. Ward had recovered the car, but failed to report it. It remains a mystery why he fled from our deputies,” said Essick, who deemed the case as an “upsetting situation.”Once the pursuit ended, Ward remained in the car as the officers, including Blout, demanded, with profanity, that he show his hands or keep his hands up.Ward put his hands above his head, down or on the steering wheel as the officers had their weapons drawn on him with flashlights, the video shows.At some point, Blout and Little approached Ward’s vehicle and instructed him to use one hand to unlock the door.”I can’t believe this, I’m the injured party in this,” said Ward to the officers when he rolled down his window and had an apparent black eye.Essick said “force was used to remove him.” During the struggle Ward’s legs were stuck under the steering wheel and he allegedly bit Blout and Little.More officers are seen reporting to the scene as Ward’s head was allegedly slammed onto the driver’s side door panel by Blout while simultaneously getting tasered by Little, the video shows.Ward’s body was pulled to the ground through the passenger side where the officers acknowledged he wasn’t conscious, but was breathing. Ambulance was called as Ward was handcuffed.Another officer revealed to Little and Blout the identity of the handcuffed suspect as the owner of the car. Little questioned why Ward fled while Blout responded “Oh well.””The way Deputy Blout handled the entire situation was extremely troubling as a result I served Deputy Blout a notice of termination,” said Essick about the 19-year veteran.Ward stopped breathing and deputies began to perform CPR on him.”Once removed Mr. Ward showed signs of a medical emergency and he later died at a local hospital,” said Essick.On Dec. 20, Essick served a notice of termination to Deputy Charles Blout after reviewing the footage. Under a new state law, police agencies are required to release body camera footage.Blout’s attorney Harry Stein called the termination notice “political rather than procedurally sound.”Santa Rose Police Department, acting as an outside agency, is conducting its own criminal investigation and will turn over its findings to the Somona County District Attorney’s Office, who will determine if charges are warranted, a police spokesman confirmed to ABC News on Tuesday.”If he is indeed terminated he will appeal,” said Stein.Deputy Jason Little, according to a police spokeswoman, was also placed on paid administrative leave after an internal investigation, but was not served termination papers.At the end of the 16-minute video Essick said: “To Mr. Ward’s family I’m sincerely sorry for your loss. My thoughts are with you during this extremely difficult time.”Stein also extended his condolences to the Ward family and called his death a tragedy that “was unnecessary.””However, Deputy Blount didn’t cause Mr. Ward’s unfortunate death. Frankly, Mr. Ward caused his own death by inexplicably taking a number of bizarre actions that confirmed in the deputies’ minds that he was an armed carjacker, rather than the victim of that crime,” said Stein.Stein added that the medical examiner’s report will also reveal that Ward “had a serious pre-existing condition and had methamphetamine in his system — significantly, there was no trauma to his neck. In addition, he was wanted on an outstanding arrest warrant for narcotics violations.”Request for comment from an attorney representing Ward’s family was not returned.Attempts to reach Little for comment was not immediately returned.