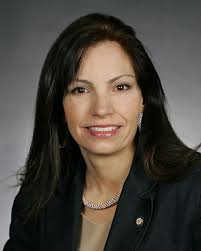 One of Governor Stitt’s cabinet is resigning over gaming compact negotiations with the Oklahoma Tribes as first reported by KFOR.

Billy served in the Oklahoma House of Representatives from 2004 to 2016 representing District 42. During her time in the Legislature, Billy held various leadership roles including Floor Leader from 2014 to 2016, Deputy Whip from 2004 to 2008, and Vice-Chair of the Republican Caucus from 2006 to 2008.

According to her resignation letter, she says she can no longer serve in the cabinet position.

“However, it has become increasingly clear you are committed to an unnecessary conflict that poses a real risk of lasting damage to the State-Tribal relationship and to our economy,” wrote Billy.  “You have dismissed advice and facts that show the peril of your chosen approach and have remained intent on breaking faith with the Tribes, both by refusing to engage with the compact’s language and, more recently, by suggesting you would displace our Tribal partners with private, out-of-state commercial gaming operators.”

There hasn’t been a comment from the Governor’s office on the resignation.

Full letter is included below: