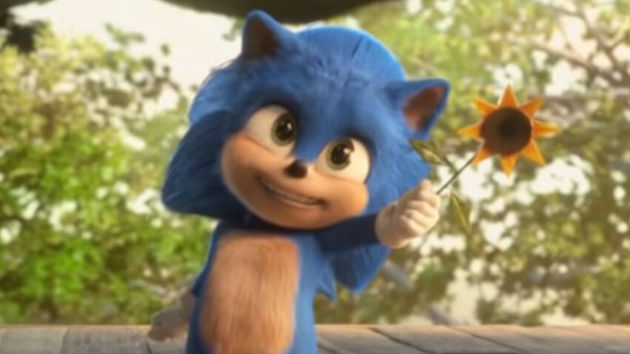 Paramount Pictures(LOS ANGELES) — The end of 2019 has seen a veritable arms race of cuteness sci-fi cuteness.  It started with “Baby Yoda” from The Mandalorian, and now an alien critter from Star Wars: The Rise of Skywalker called Babu Frik seems, to some, to give the little green guy a run for his money.

Now, a new Japanese language teaser for the upcoming Sonic the Hedgehog movie features a new contender: Baby Sonic.The little blue fuzzball was celebrated by Parks and Rec actor Ben Schwartz, who voices him in the film. “I see your baby Yoda and raise you a BABY SONIC!!!” he said in a post. “WE ARE WELL ON OUR WAY TO SOME SORT OF BABY AVENGERS!”

This cuteness overload was quite a departure from the first reception Sonic got, when the filmmakers debuted him in the first trailer. While the initial representation of the video game star was met with near universal derision for departing too far in appearance from the beloved video game version, it was soon updated to a much warmer reception.