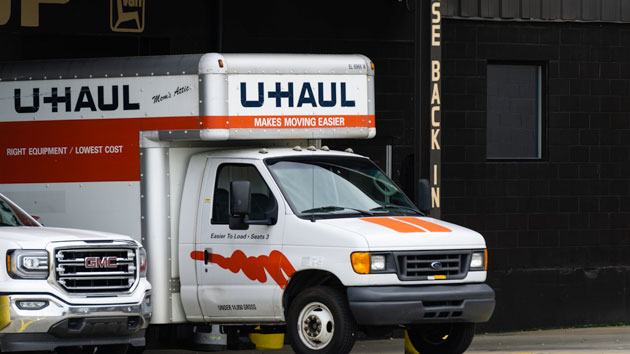 iStock(PHOENIX) — U-Haul will soon make a big change to its employee policy in an effort to empower a “healthy workforce,” that has previously ignited a debate on lawful nicotine and tobacco rules.The Phoenix, Arizona-based moving and storage company announced Monday that it will soon be “the first major company in its field to decline job applicants who are nicotine users.””The nicotine-free hiring policy will go into effect in 21 states on Feb. 1,” U-Haul International said in a press release. “The employment of Team Members hired prior to that date will not be impacted by the policy.””We are deeply invested in the well-being of our Team Members” Jessica Lopez, U-Haul chief of staff said in a statement. “Nicotine products are addictive and pose a variety of serious health risks. This policy is a responsible step in fostering a culture of wellness at U-Haul, with the goal of helping our Team Members on their health journey.”The company, which employs more than 30,000 people, made the decision around its hope to establish “one of the healthiest corporate cultures in the U.S. and Canada.”Not every state is legally allowed to decline hiring individuals who use nicotine products, but Arizona is among the 21 states that can lawfully do so.Other states where the policy will be enacted include: Alabama, Alaska, Arkansas, Delaware, Florida, Georgia, Hawaii, Idaho, Iowa, Kansas, Maryland, Massachusetts, Michigan, Nebraska, Pennsylvania, Texas, Utah, Vermont, Virginia and Washington.”Individuals seeking U-Haul jobs in the aforementioned 21 states will see statements regarding the nicotine-free hiring policy on applications, and will be questioned about nicotine use,” according to the company. “In states where testing is allowed, applicants must consent to submit to nicotine screening in the future to be considered.”Twenty-nine states and the District of Columbia have laws in effect that protect smokers from being discriminated against by employers for nicotine use, according to the American Lung Association.MORE: Walmart raises minimum age to buy tobacco to 21This is not the first time a group, city or company has promoted nicotine-free employment.The Cleveland Clinic announced in 2007 that it would stop hiring smokers to take steps towards “preserving and imporving the health of all its employees and patients.”While Ohio is one of the 29 states that has a smoker protection law, an exemption is in place for those seeking employment at hospitals and other medical clinics.The city of Dayton, Ohio, previously decided to stop hiring people who use tobacco or nicotine in July 2019, according to the Dayton Daily News.News of policies like this in the past, and now, have been a catalyst for debate on the precedent for restriction of a legal habit.Dr. Michael Siegel, a professor at Boston University School of Public Health, told ABC News that he finds the move by U-Haul to be a “terribly misguided” and that the decision overall is “hardly a progressive public health policy.””In public health, we try to encourage people to engage in healthy behavior, but we do not punish them and stigmatize them when they don’t,” he explained. “It punishes exactly the people who should be rewarded for having accomplished this difficult feat.”While U-Haul has a wellness program that includes nicotine cessation assistance, Dr. Siegel said that the health promotion should help its employees develop healthy behaviors rather than refuse to hire them.”This sets a terrible precedent because it means that employers can discriminate against any group of people they want, such as obese people,” Dr. Siegel posited. “The exact reasoning that U-Haul is citing in promoting this policy would also justify refusing to hire people who are obese, or people who use legal marijuana, or any number of other health behaviors.”With U-Haul’s refusal to hire not only smokers, but anyone who uses nicotine, Siegel said, “this eliminates anyone who has quit smoking and is staying off smoking by using nicotine patches or gum or electronic cigarettes.”Additionally, he said that the “worst aspect of this policy is that it punishes ex-smokers who have quit using electronic cigarettes or any type of nicotine replacement therapy.”Although there is not enough reliable data on how many businesses have adopted these policies, the health concerns of smoking and nicotine use are largely researched and discussed.According to data from the Centers for Disease Control and Prevention (CDC), “cigarette smoking is the leading cause of preventable disease and death” in the U.S., which accounts for over 480,000 deaths per year.Additionally, the CDC reported that in 2018, an estimated 34.2 million adults, nearly 14 out of every 100 people over 18, in the U.S. currently smoke cigarettes.Smoking also leads to disease and disability that harms nearly every organ of the body, the CDC reports.While over 16 million Americans live with a smoking-related disease, the CDC also said that many adult cigarette smokers want to quit.Current cigarette smoking was highest among people aged 25 to 44 years and 45 to 64 years of age with the highest numbers of smokers located in the Midwest and the lowest in the West. Copyright © 2020, ABC Audio. All rights reserved.