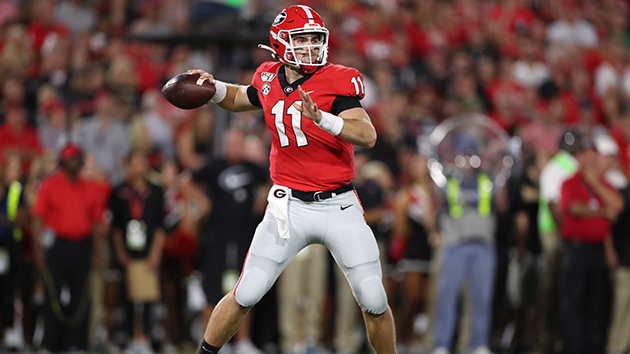 Fromm posted his decision on Twitter, saying it is time for him to “take on the next challenge in my life and pursue my lifelong dream of playing in the NFL.”After taking over the starting job for the Bulldogs during his freshman season, Fromm led Georgia to their first SEC championship in 12 years. The team reached the College Football Playoff National Championship, where they lost to Alabama. Fromm and the Bulldogs won the SEC’s Eastern Division title each of the next two years as well, with the team going 35-6 along the way. Fromm also tallied a 13-5 record against opponents ranked in the AP top-25.ESPN’s Mel Kiper Jr. ranks Fromm as the fifth-best quarterback in this year’s draft — behind LSU’s Joe Burrow, Alabama’s Tua Tagovailoa, Oregon’s Justin Herbert, and Washington’s Jacob Eason. Copyright © 2020, ABC Audio. All rights reserved.