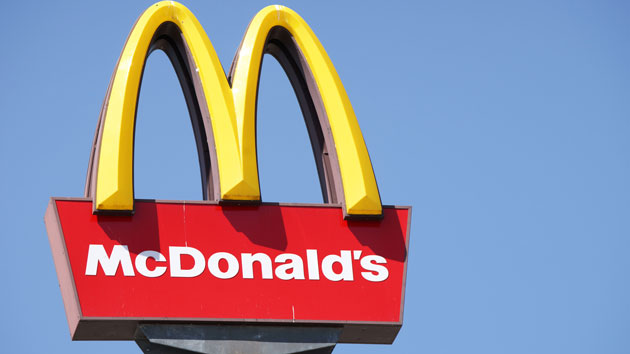 iStock(DALLAS) — Two African American women executives at McDonald’s Corp. have sued the fast-food giant for racial discrimination.In a federal lawsuit filed Tuesday in Illinois, Vicki Guster-Hines and Domineca Neal, who work for McDonald’s in Dallas, are seeking a monetary settlement after facing “retaliation” for “their advocacy against McDonald’s discriminatory conduct against African American employees, franchisees and customers,” according to the court documents. The lawsuit also alleges that both were demoted to senior directors as part of that retaliation.Attorneys Carmen Caruso and Linda Chatman, representing the plaintiffs, said in a statement to ABC News that they “will not stand silent as McDonald’s tries to peddle its misinformation in the press.””McDonald’s cannot hide behind ‘pseudo’ diversity that systematically excludes African Americans (and African American women in particular) from opportunities at the Company then labels them as ‘Angry Black Women’ when they protest,” the attorneys wrote.In a statement, McDonald’s said almost half of the company’s corporate officers are people of color, along with all of its 10 U.S. field vice presidents.“While we disagree with characterizations in the complaint, we are currently reviewing it and will respond to the complaint accordingly,” the statement read.The lawsuit claims that both women were subject to an allegedly hostile work environment. One complainant alleges that she was called the n-word by a white executive and that five African American women were referred to as “angry Black women” that “always seemed to be mad about something,” according to the court documents.The complainants allege that racial discrimination at McDonald’s intensified after new executives joined the company in 2015 which was also the year Steve Easterbrook took over as CEO. Easterbrook was fired in November of last year after engaging in a consensual relationship with an employee. He is named as a defendant in the lawsuit.According to the suit, Guster-Hines expressed concern with the small number of African American leaders at the company to Chris Kempczinski — who was named CEO after Easterbrook was ousted — and Melissa Kersey, a human-relations executive during a meeting last year. Kersey didn’t immediately respond to a request for comment, the lawsuit alleges.Guster-Hines and Neal also allege that they and other black executives have been routinely passed over for promotions, contributing to a lack of minority leaders at the company. The number of African Americans in the top ranks of McDonald’s operations fell to seven last year from 42 in 2014, according to the lawsuit.The plaintiffs’ attorneys, Caruso and Chatman, told ABC News via a statement that McDonald’s is making a “misleading attempt to dilute the lack of African Americans in the ranks of its Officers in the United States” and went on to break down the racial diversity of those officers.”Of these: two are African American males — one who was only promoted after September 23, 2019 when Vicki and Domineca notified McDonald’s of the allegations in this Complaint and the other who has worked for McDonald’s for over thirty years but was only promoted to Vice President less than three years ago. The rest are Asian and Hispanic men and women; not an African American woman among them.”This lawsuit comes after Kempczinski recently addressed improving the previous ‘party’ workplace culture after Easterbrook, 52, was removed as CEO. Copyright © 2020, ABC Audio. All rights reserved.