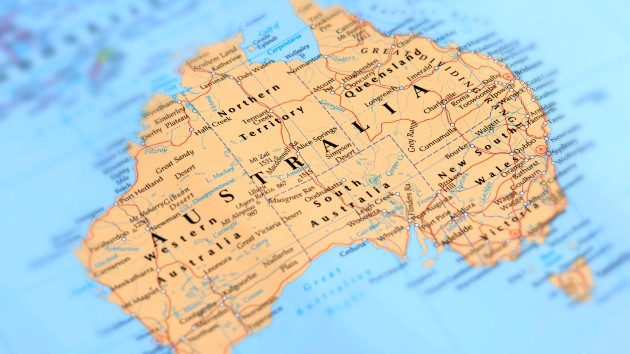 omersukrugoksu/iStock(SYDNEY) — Among the thousands of firefighters battling the catastrophic Australia bushfires, there have been four-legged furry heroes employed with a job of their own. Dogs are being employed to rescue koalas during the fires, and with the flames expected to continue on for months, they’re only just getting started.TATE Animal Training Enterprises specializes in detector dog services in Sydney, and its team of pups has saved dozens of koalas, owner Ryan Tate told ABC News. One dog, 4-year-old Taylor, has rescued eight koalas since September, according to Tate.Like most detector dogs, Taylor uses her snout to sniff out koala fur. In perfect conditions, she is able to locate the koalas wherever they may be because their smell drops down from trees. On days with difficult conditions, such as high winds, Taylor searches for koala poop to identify where they have been, and human experts can then come in and scan the appropriate trees. Trainers use the command “Koala, find!” to alert the dogs of their mission.Steve Austin, a trainer who works with Tate, told ABC News that the importance of these dogs can’t be overstated. Koalas are vital to Australian wildlife, but are right now on their way to becoming extinct, according to Austin. If more dogs were trained to detect the animals, he said, thousands more could be saved. The National Disaster Search Dog Foundation, a California-based organization, said in a statement that search dogs can sniff out scents most humans can’t detect, making their noses “a critical, life-saving tool to help the koala population survive.”Numerous dogs from other organizations have been employed to search for koalas during the fires, with one even gaining internet fame. Bear, a detection dog from the University of the Sunshine Coast in Queensland, garnered attention for his koala-saving efforts. Actor Tom Hanks called for Bear’s story to be made into a movie after seeing him go viral, saying “the story of Bear, the koala detection dog. That’s adorable. I like Bear” during a Twitter interview.Wildlife has been ravaged by the fires, with one expert at the University of Sydney estimating that more than one billion animals have died.”We haven’t had fires of this scale and intensity before, so we are in uncharted territory,” Mathew Crowther, an associate professor at the college who specializes in wildlife ecology and management, told ABC News in an email. “It may take a long time for the ecosystems to recover, and some may not be the same, particularly if they have lost species.” At least 25 people have lost their lives and more than 2,000 homes have been destroyed across the country, Australian Prime Minister Scott Morrison said earlier this week. Over 15 million acres have burned in Australia since the start of the fire season.The country’s fire season typically runs from December to March, but these fires began in September. New South Wales, a state that has been particularly hard, is bracing for extreme conditions over the weekend that will create “erratic and dangerous” fire behavior along the southern coast, according to the state’s Rural Fire Service.As of Thursday, 132 fires were burning in New South Wales and 55 of those were still contained, according to the fire service. The State Department on Wednesday raised its travel advisory for Australia to Level 2 on its four-level scale, urging travelers already there to exercise increased caution and tourists considering a trip to postpone. Copyright © 2020, ABC Audio. All rights reserved.