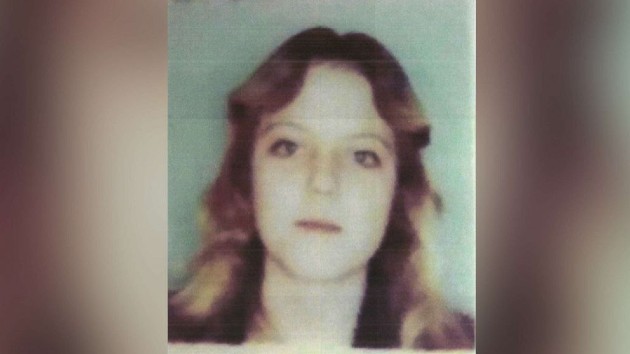 Georgia Bureau of Investigations(NEW YORK) — A Jane Doe murder victim who has remained nameless since her body was discovered in a Georgia cornfield on Halloween 1981 has finally been identified almost 40 years later. On Thursday, the Georgia Bureau of Investigation (GBI) announced that the “Brooks County Jane Doe” had been identified through DNA testing as Shirlene Cheryl Hammack. Hammack’s body was found with a stab wound to the abdomen and evidence of strangulation in a field in Dixie, Georgia. GBI agents and the Brooks County Sheriff’s Office had tried to identify Hammack for years. Prior to her burial, her remains were displayed at a local funeral home in the hope that someone could identify her, but their efforts did not yield results.The case remained open for 37 years until the Brooks County Sheriff’s Office got a tip on Oct. 31, 2018, from a stranger. The tipster, Kayla Bishop, told investigators that a childhood friend, known to her as Cheryl Hammack, had gone missing in 1981 after traveling with a fair. Moreover, Bishop had seen a Facebook post about the grave in which Hammack had been laid to rest, in a plot belonging to a local family who had volunteered to bury the unknown murder victim with dignity. Her grave featured a marble slab with a forensic sketch of her face carved on it as well as the inscription “Known only to God.” The tipster noted the “remarkable similarities” to her missing friend Cheryl. The tip prompted GBI investigators to speak with Hammack’s surviving family members, and her remains were then exhumed. DNA taken from Hammack’s biological mother determined that the Brooks County Jane Doe was her daughter.The eventual identification of the Brooks Country Jane Doe has brought a degree of closure to Hammack’s family. “It was difficult growing up,” Johnnie Hammack-Hay, Shirlene’s sister, told ABC News affiliate WTXL-TV. “Not knowing if she was safe or if she was being taken care of. A lot of worrying. A lot of looking. We searched and searched and we just had no answers.” “This case was different from a lot of the others one we work,” Jamy Steinberg, an investigator with the Georgia Bureau of Investigation, told WTXL. “Because in this case, there was an arrest and a conviction.”Hammack’s killer was George Newsome, who worked at a traveling fair that investigators believed also employed Hammack. Newsome was arrested shortly after the murder and police found the rope that had been used to strangle Hammack in a motor home he owned. Newsome escaped custody from the Brooks County jail and went on the run until January 1983, when he was arrested in Alabama. After his re-arrest, he confessed to the murder and pleaded guilty at trial. He was sentenced to life in prison, where he died in 1988, but he never revealed the identity of his victim. Now that question has been answered. “It’s very sad but at the same time, it’s a very joyous moment,” Hammack-Hay said. Copyright © 2020, ABC Audio. All rights reserved.