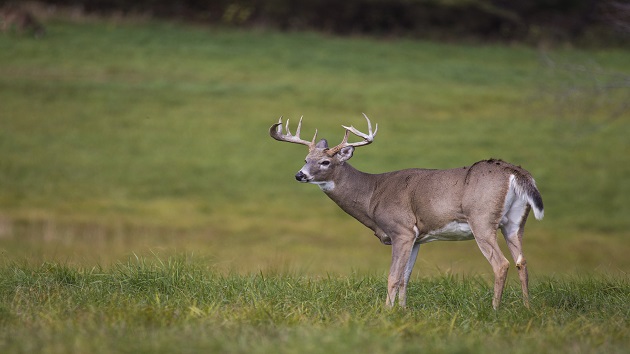 iStock/mirceax(BROOKVILLE, Penn.) — Two Pennsylvania teenagers who are accused of “holding down and repeatedly kicking” a helpless deer have been charged, officials said Friday.Alexander Brock Smith, 18, and a 17-year-old juvenile male are each facing two felony counts of aggravated animal cruelty and two felony counts of conspiracy to commit aggravated animal cruelty, according to a statement from the Pennsylvania Game Commission.Smith and the other teenager, both of Brookville, were captured on social media videos assaulting the immobile white-tailed deer on Nov. 30, 2019, in Beaver Township, Pennsylvania, authorities said.The videos “seen by thousands,” prompted an investigation after viewers alerted the game commission, according to the statement.The incident began when the two were out hunting and the juvenile allegedly shot and wounded the buck, but missed with a follow-up shot.The deer was immobilized and Smith and the other teen then assaulted it and recorded their actions, according to the game commission.Both were interviewed in the investigation and their phones were seized.If convicted, Smith faces a maximum of 37 years incarcerated and multiple years of hunting license revocation, according to the game commission. He was arraigned before Magisterial District Judge Gregory M. Bazylak on Friday and released on $50,000 bail.The juvenile’s possible sentence will be determined in the juvenile court system.In an apparent reference to the length of time between the assault and the charges, Pennsylvania Board of Game Commissioners President Tim Layton said in a statement that he understood why there was public outrage but “the worst-case scenario would have been rushing the investigation and heading into court with a case that wasn’t as strong as it could have been.”ABC News could not reach an attorney for Smith and it was not immediately clear if the juvenile had retained legal representation.An online petition, which was created a month ago, called for charges to be filed and received more than 734,000 signatures in support.The petition initially had a goal of 500,000 but has since extended it to 1 million. Copyright © 2020, ABC Audio. All rights reserved.